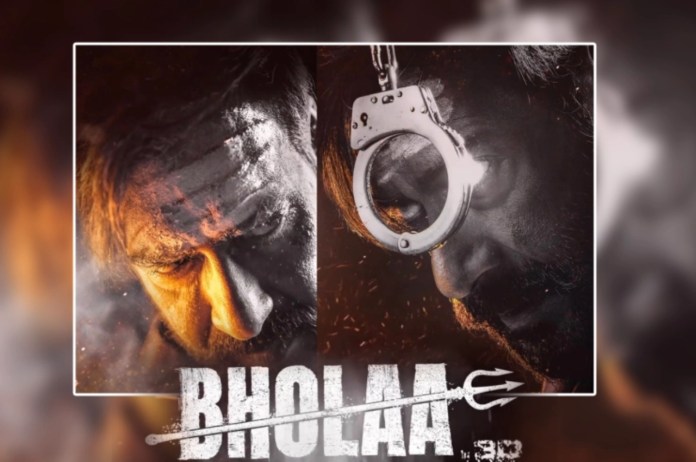 Bholaa Motion Poster: Ajay Devgan starrer ‘Bholaa’ is in the headlines these days. Amidst the success of the film ‘Drishyam 2’, the actor released the motion poster of Bhola and raised the buzz of the fans. At the same time, Ajay has released the second motion poster from the movie, in which his style has created panic in the internet world.

Ajay Devgn has released the motion poster of ‘Bholaa’ on his official Instagram account. Also shared some pictures of his look from the film. It is seen written in the motion poster, ‘Ek Chattan… Sau Shaitan’. It is clear from this that the actor is going to appear as a one man army in the film. There is a voice in the background of the clip, ‘Bada bawal kaate ho, arey ka naam hai tumhara mardwa? Never seen before!’ After this one can hear in Ajay Devgan’s voice, ‘If you had seen, you would not have seen.’

Ajay Devgan has also announced the release date of the film while releasing the motion poster of Bhola. The actor wrote in the caption, ‘One rock… hundred devils. Bholaa is coming in this Kalyug. 30 March 2023.’ It is clear from this that the movie will hit the theaters on 30 March next year. Along with this, Ajay has also told through the hashtag that the film will be released in 3D.

Ajay Devgan has also shared some pictures of his look along with the motion poster, seeing which the fans are buzzing high. Let us tell that Ajay Devgan is also directing this film along with playing the lead role. Tabu will be seen opposite the actor in this movie. Please tell that as a director Ajay has directed three films earlier, this is going to be his fourth film as a director. ‘Bholaa’ is the Hindi remake of the Tamil film ‘Kaithi’.