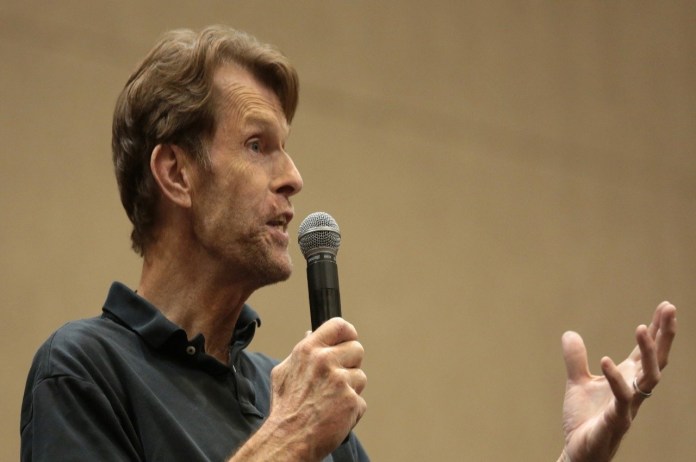 New Delhi: Kevin Conroy, an actor and voice actor, has passed away at the age of 66. He was most known for his iconic depiction of Batman in a variety of animated programmes and movies. Diane Pershing, a co-star of Kevin’s in Batman: The Animated Series, broke the news first, and Warner Bros. Animation later confirmed it. After a brief fight with cancer, the actor allegedly passed away.

A statement has been released by Warner Bros, Mark Hamill, who worked with Kevin on some projects, said, “Kevin was perfection. He was one of my favourite people on the planet, and I loved him like a brother. He truly cared for the people around him —his decency shone through everything he did. Every time I saw him or spoke with him, my spirits were elevated.”

Stunned by the loss of this brilliant actor. Words can't express my admiration and respect for the man. I loved him like a brother.#RIPKevinConroy 💔 pic.twitter.com/THlaZ2uTSh

The writer of Batman: The Animated Series, Paul Dini also paid tribute to the late actor by sharing a picture on her Twitter. The photo is from the show. Many other actors have paid tribute after his death.

Thanks to everyone who shared kind thoughts and warm wishes today about Kevin. I know he would have loved them as much as he loved his fans, and that love was boundless. I'm going to leave it here for a while, on this image of these magic makers. Good Knight all. https://t.co/jijXgx11Ts

Kevin started his career in the 1980s as a live-action actor, while being best recognised as a voice actor. Before switching to theatre for the remainder of the decade, he landed his first role in the soap opera Another World. He made his acting debut as Batman, aka Bruce Wayne, in the renowned programme Batman: The Animated Series in 1992, and it was this part that would make him famous.

Kevin’s portrayal of the superhero set the standard for many who came after him, even in live-action movies, and the show is regarded as one of the best-animated shows of all time. As opposed to his alter ego Bruce Wayne, he is credited with starting the trend of Batman speaking in a raspier, heavier voice.

In a variety of straight-to-video animated movies, Kevin repeated his role as Batman. Later, he achieved new stardom by reprising his role in the video game franchises Arkham and Injustice. After a protracted fan effort, Kevin finally had the chance to represent Batman in a live-action project in 2019, when he took on the role of an older Bruce Wayne in the Crisis on Infinite Earths Arrowverse crossover.

Kevin, a well-known advocate for LGBTQ rights, passed away while married to his longtime partner Vaughn C. Williams.