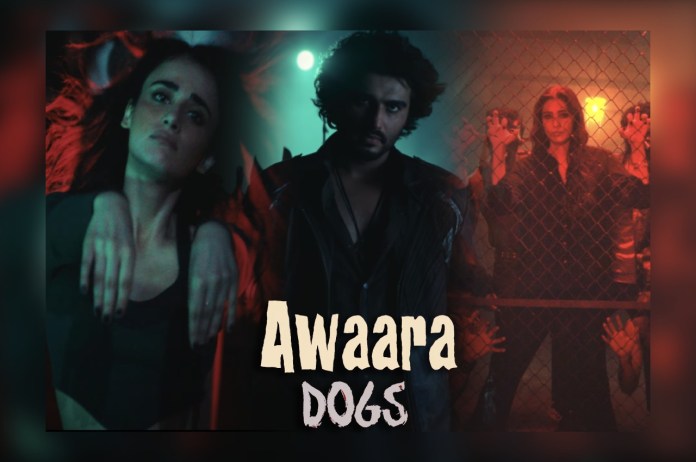 The trailer of the film ‘Kuttey’ was out recently. The trailer has received a lot of love from the fans. At the same time, the first song of the movie ‘Stray Dogs’ has also been released. The song is being liked a lot on YouTube.

Arjun Kapoor and Tabu’s action style is being seen in the first song ‘Awara Dogs’ of ‘Kutte’. Also the dark background of the song is making it more eye catchy. This song has got thousands of views since its release. Along with this, fans are showering love by pressing the like button on the video.

Vishal Dadlani has sung the song

Let us tell that Vishal Dadlani has given his voice to the song ‘Awaara Dogs’. Its lyrics are written by Gulzar. Music is by Vishal Bhardwaj. The song is streaming on the official YouTube channel of Bhushan Kumar’s T-Series.

Kuttey is the debut film of Aasman Bhardwaj

Let us tell you that the film ‘Kutte’ claims to be rough and tough as well as real. In the movie, someone is going to be a hero and someone is going to play the role of a villain. This movie has been directed by Aasman Bhardwaj. Kutte is the first film to be directed by Aasman Bhardwaj. Kuttey is being produced under the banner of Luv Films and Vishal Bhardwaj Films. It is produced by Vishal Bhardwaj, Luv Ranjan, Rekha Bhardwaj and Ankur Garg and presented by Bhushan Kumar’s T-Series.