HomeEntertainmentAnushka Sharma's moving tribute to husband Virat Kohli on his century is... 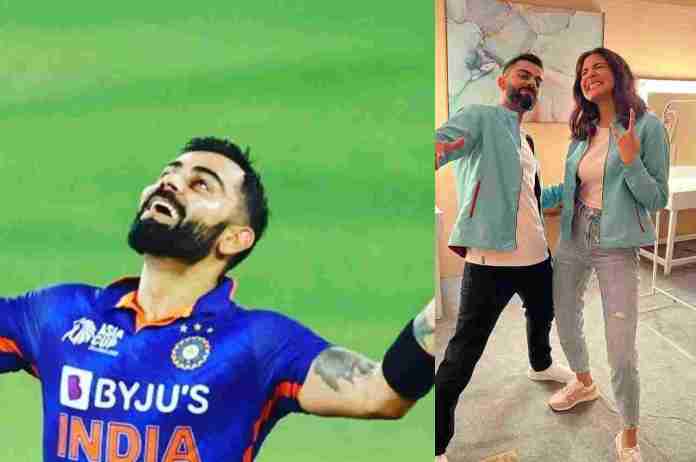 New Delhi: Virat Kohli, the former captain of India, scored his first international hundred in more than two years on Thursday, making the Asia Cup 2022 match memorable for him. His 71st century helped him tie Australian batting legend Ricky Ponting for most centuries in a career. In their final Super Four match against Afghanistan at the ongoing tournament, Virat completed his eagerly awaited 71st international century, leading India to a mammoth 212/2 in their allotted 20 overs.

Soon after, Virat began to receive well wishes from all over the world. The 33-year-old cricketer, however, gave his wife Anushka Sharma and daughter Vamika credit for the accomplishment. Kohli, who accomplished the feat with a brilliant six, expressed emotion while kissing his wedding ring, which is displayed on a chain around his neck.

His wife Anushka, who wrote a special, heartwarming message for him on Instagram, was moved by his emotional moment. With a heart emoji and the words “Forever with you through any and everything,” she shared his photos. Virat can be seen in the photos celebrating his century during the game.

While speaking in his post-innings interview, he spoke about the emotional celebrations and said, “I know there was a lot of stuff going on the outside but they really kept my perspective right and I kissed my ring in the celebrations as well. You see me standing like this right now and all the things being put in perspective have been done by one person, who stood by me through all these difficult times that is Anushka. This hundred is specially dedicated to her and our little daughter Vamika as well.”