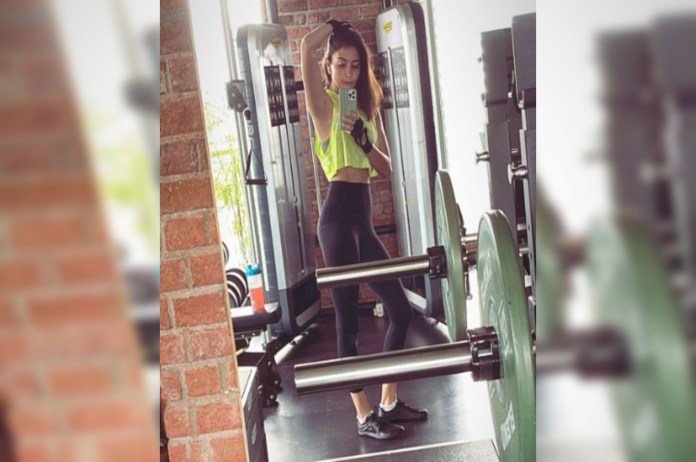 New Delhi: Bollywood actress Anushka Sharma recently shared a selfie from her workout at the gym. The actress is currently busy shooting for her upcoming film, Chakda Xpress. It is the biopic of former cricketer Jhulan Goswami.

She recently shared a mirror selfie from the workout in her gym, Anushka wrote on her Instagram Stories, “Mehnat karri aur show off nahi kiya toh kya mehnat karri (What is hard work if you don’t show it off).” 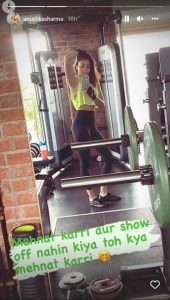 She shared a photo of the sky before sunrise at 5 am on Sunday. “When you’re up and waiting for the sun cuz #shootlife,” she wrote in the caption. She also shared a glimpse of her drive to the sets and wished her fans, “Good morning.” 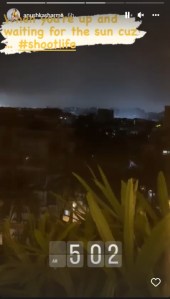 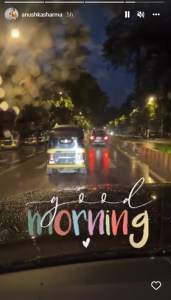 Earlier, the 34-year-old actress posted adorable photos with her husband Virat Kohli. In the photos, the couple posed in a green room. They both donned blue jackets and jeans. In the caption, she wrote: “Always wanted to start a band with a cute boy.”

According to ANI, Anushka will soon fly to England for training for her film Chakda Xpress. A source close to the actor told the agency, “she will prepare her body, she will perfect her cricket skills extensively in Leeds from mid-August before she starts shooting the cricket portions of the film.”

“She has always been a deeply committed artiste and she wants to do justice to the role at hand. She will prep thoroughly and put herself through rigorous training exercises before she shoots the key scenes right from end of August through September,” the source added.

Anushka Sharma will be returning to the big screen after 4 years. Chakda Xpress is being directed by Prosit Roy and will release on Netflix