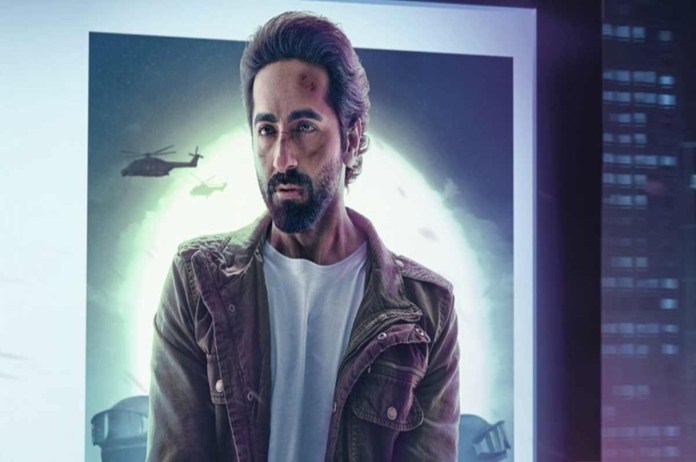 New Delhi: An Action Hero, starring Ayushmann Khurrana, has failed to wow audiences. The film, which was released on December 2, saw a slow increase on its first day. It did, however, pick up speed over the weekend. An Action Hero barely made any money on its first Monday in theatres.

Ayushmann’s first full-length action film. The film grossed Rs 1.50 crore on its first day (India nett). Over the course of its first weekend in theatres, it gradually gained traction at the box office. The film’s numbers were very low on Day 4 because it hardly saw an audience. Its single-day revenue was only Rs 0.80 crore, bringing the total to Rs 6.79 crore. Meanwhile, on Monday, December 5, the movie had an overall Hindi occupancy of 8.70%. The film’s box office performance appears to be stagnant.

The film starring Ayushmann Khurrana and Jaideep Ahlawat An Action Hero is an action thriller. Directed by Anirudh Iyer, the film is co-produced by Aanand L Rai, Bhushan Kumar, and Krishan Kumar.

The story follows Maanav, a youth icon and superstar. Maanav was only 30 years old when he was involved in an accident while filming in Haryana. Maanav is now hiding in London as the rest of the world hunts him down. Tanishk Bagchi, Biddu, Parag Chhabra, and Amar Jalal composed the music for the film. Sunny MR wrote the background music.