Amid break up rumours with Tiger Shroff, Disha Patani gets love from Kishu Shroff 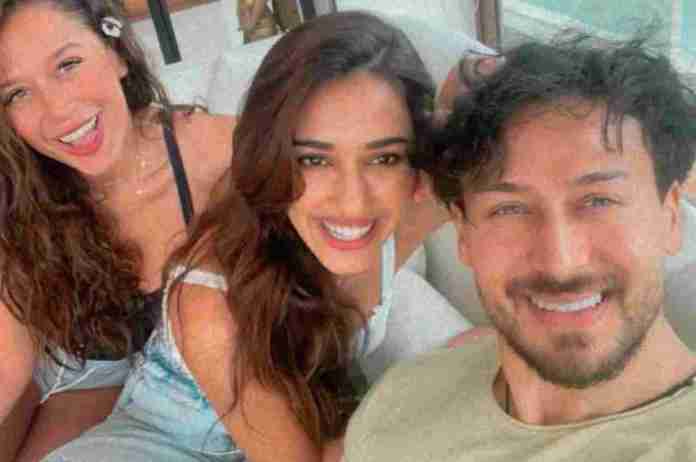 New Delhi: Disha Patani and Tiger Shroff are going through a break-up as per rumours. Although they never confirmed or denied dating each other, but they have often been spotted enjoying each other’s company.

It was recently reported that Disha and Tiger are ‘very much together’. Now, Tiger Shroff’s sister, Krishna Shroff, who shares a great bond with Disha, was asked whether what’s been reported in the media about Tiger and Disha’s breakup has affected her equation with the actress.

Krishna told News18, “Disha and I have literally spent our formative years together. She was just starting out in the industry, while I was trying to figure out who I was and where I fit in. We’ve always come out on top because we’ve always supported one another.”

She added, “She’s still one of the first few people I’d call if I needed help, and I know she’d be there. In a world where women are constantly pulling each other down, she and I are the opposite.”

While talking about Disha and Tiger’s rumoured break up in a recent interview with Bombay Times, latter’s father and actor Jackie Shroff said that Tiger and Disha have always been friends and still are. He further said that his family shares a good bond with Disha, but it is Tiger and Disha’s love story, and they have to decide their relationship’s fate. In his words:
“They have always been and are still friends. I have seen them go out together. Not that I keep track of my son’s love life. That’s the last thing I want to do, like infringe on their privacy. But I feel that they are thick buddies. They spend time with each other besides work. See, it is up to them whether they are together or not, whether they are compatible. It is their love story, like my wife and I have our love story. So we share a good equation with Disha. And like I said, they are happy together like they meet, talk etc.”

Apart from the actress, Krishna Shroff also disclose about her equation with brother, Tiger Shroff. She said, “Tiger has always supported me completely in all aspects of my life, including fitness. Obviously, he is the most important person in my life. He is protective without being nosy or annoying, and he gives advice without passing judgement. He’s the first person I go to when I have an accomplishment or a problem to share, and I know he’ll always my back. Even if he can’t give me advice on certain issues, he’s the person I’d go to just to vent, and he’ll listen.”

On the workfront, Baaghi 3 actress and War actor have interesting projects in the pipeline.
Disha will be seen in ‘Yodha’ with Sidharth Malhotra. The actress also has Project K with Deepika Padukone, Amitabh Bachchan and Prabhas.
Tiger, on the other hand, will be seen in ‘Ganapath’ with Kriti Sanon. The actor also has ‘Bade Miyan Chote Miyan’ with Akshay Kumar.