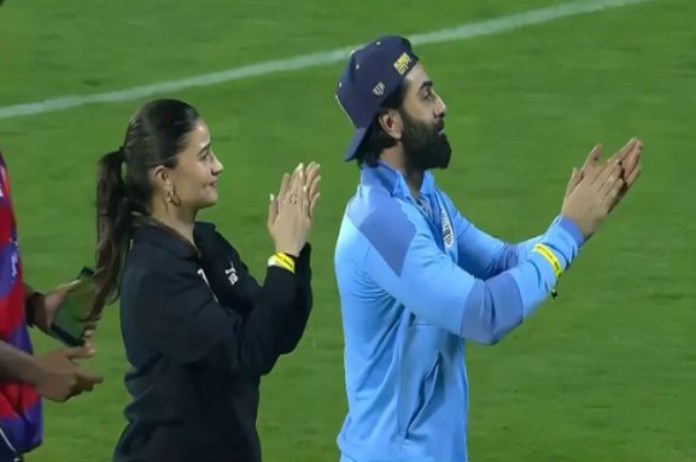 New Delhi: After giving birth to their first child on November 6, 2022, Alia Bhatt and Ranbir Kapoor took a break from being parents to see Mumbai City FC face Kerala Blasters in the Indian Super League on Sunday at Mumbai Football Arena.

During the game, they were seen in the stands supporting Ranbir’s co-owned team, Mumbai City FC. Social media is awash with people sharing their images. Not only that, but an Instagram video posted by the Indian Super League shows Alia and Ranbir dancing together after Mumbai City FC’s victory over Kerala Blasters.

Ranbir Kapoor and Alia Bhatt can be seen strolling onto the pitch and interacting with the players in some viral photos and videos. In other pictures, the couple can be seen watching the game together and talking about it.

We all know that Ranbir Kapoor enjoys football, and he is part of the All Stars Football Club among other celebrities from the entertainment business, such as Abhishek Bachchan, Kartik Aaryan, and others. In a similar manner, he also revealed the name of his daughter Raha. On her Instagram page, Alia posted a photo of the couple cuddling their infant daughter, with Raha’s name printed on a framed Barcelona jersey in the background. The actress sent a lengthy text outlining the various interpretations of Raha along with a photograph.

An excerpt from the note read, “The name Raha (chosen by her wise and wonderful Dadi) has so many beautiful meanings… Thank you Raha, for bringing our family to life, it feels as though our lives have only just begun.”