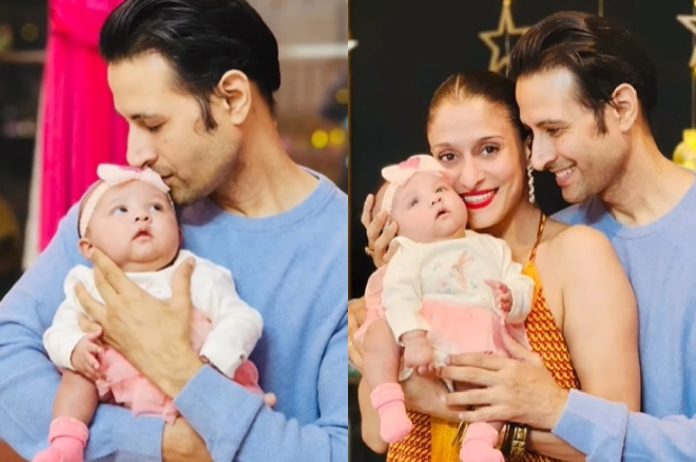 New Delhi: It is a happy day for famous actor Apurva Agnihotri and actress Shilpa Saklani. The couple has become parents after almost 18 years of marriage. Shilpa has given birth to a beautiful daughter.

The news has been revealed by the actor Apurva Agnihotri on his Instagram handle. The couple tied the knot on 24 June 2004.

Actor Apurva Agnihotri has shared a cute video on his Instagram. In the video, the couple is seen holding their baby in their arms. Shilpa’s little angel is looking very cute in a white and pink colour dress. During this, the actress wore a yellow colour dress. Whereas, Apurva is seen with a casual look. The couple’s family pack video is becoming increasingly viral on social media and fans are showering love on them.

Sharing the video, Apurva wrote a lovely note in the caption. Along with this, he has also announced the name of his beloved daughter among the fans. Apurva wrote in the caption, “And just like that, this birthday became the most special birthday of my life as god blessed us with the most special, incredible, amazing, miraculous gift ever. With utmost gratitude and immense happiness Shilpa and I wish to introduce our darling daughter ISHAANI KANU AGNIHOTRI Please shower her with all your love and blessings Om Namaha Shivaya.”