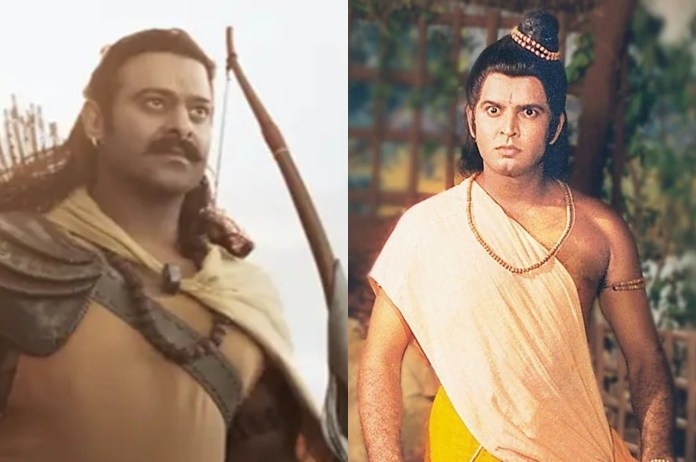 New Delhi: Sunil Lahri, who played Lakshman in Ramanand Sagar’s Ramayana television adaption, has weighed in on the recently released teaser for Adipurush. The movie is a CGI-heavy remake of the mythical epic. Its trailer has received harsh criticism for its bad graphics and unnatural character designs.

Sunil Lahri, unlike most others, including his Ramayan co-star Dipika Chikhlia, believes that people should wait to see the complete film, or at least the trailer, before giving judgement. He also stated that various nations all over the world have their own depictions of Hindu gods.

He told DNA, “After watching the teaser, at present, my views are neutral. It’s neither entirely positive, nor it’s totally negative. They have just introduced the characters and their personalities. So till now, they haven’t conveyed anything that really irked me. I think ki zabadasti ki controversy create ki ja rahi hai… to popularise the film.”

He did, however, remark that he thought all of the characters’ appearances were ‘ajeeb (weird).’ However, he noted that, unlike historical persons, there is no frame of reference for designing these ‘idols,’ who can be distinguished in photos mostly by their ornamentation and weaponry, rather than their features.
“We all have an image set in our minds, and we have grown up watching a particular reference to Lord Ram all these years. So, they have tried to break the conventional image of Raavan. This is an individual take of a creative person, and as an artist, everyone has a right to present their interpretation of a story,” he said.

“Itna main zaroor kehna chahuga makers aur audiences ko, ki ‘nonsense will not be tolerated anymore in this country.’ Humari jo bhavnaye hai, humare jo dharam se related hai, jinki hum pooja karte hai, aaradhyan maante hai. Unke prati koi bhi negativity ki, toh ab desh bardasht nahi karega. Unhone phele bhi dikha diya, aage bhi yehi hoga. Yeh us zaamane ka Bharat nahi raha, ab united ho gaye hai log, and I think this unity is positive and beneficial for the country (I will say this, the audience isn’t going to tolerate nonsense in this country anymore, not against our faith, or the gods we pray to. The audience has already shown what it is capable of, and it will do so again. This is the new India, people are united now).”

Adipurush stars Prabhas as Lord Rama, Kriti Sanon as Sita, Saif Ali Khan as Raavan, and Sunny Singh as Lakshmana. The film will be released theatrically on January 12.