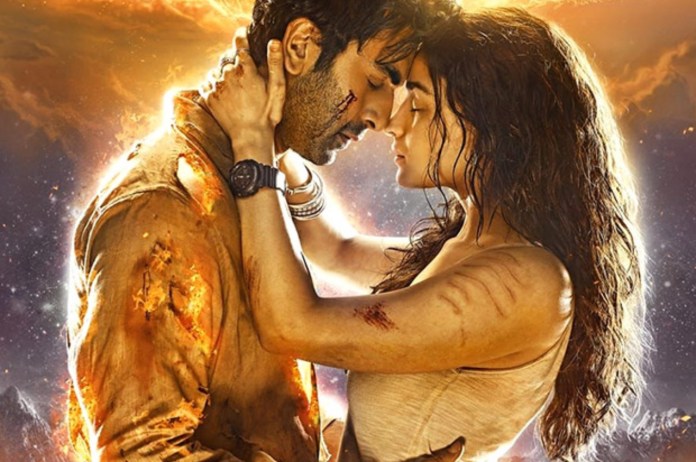 New Delhi: Brahmastra makers decided to return the all the love after obtaining an incredible response on National Cinema Day. On September 23, 2022, the public could watch the Ranbir Kapoor and Alia Bhatt’s film for just Rs 75. And now, the audience can watch the film for just Rs 100 which started from September 26 and will go on till September 29. On Sept. 26, Day 18 of its release, the movie benefited from these lower costs. Even on the third Monday, Brahmastra: Part 1’s Shiva had the cash registers ringing.

Brahmastra, an ambitious film from director Ayan Mukerji, debuted in theatres on September 9 in a variety of languages. Since then, the movie has outperformed predictions and broken numerous records. The movie starring Ranbir Kapoor and Alia Bhatt is already a smash hit with viewers. The movie continues to do astronomically well at the box office after raking in a staggering Rs 75 crore internationally on its first day. Day 18, September 26, reportedly brought in Rs 2 crore for Brahmastra. As a result, the total revenue will be Rs 255.87 crore. Having said that, Brahmastra is probably going to set more box office records over the next few days.

Ayan’s magnum opus is being praised for its technicality and VFX skills. It’s quite challenging to find any flaws with the movie. On the other hand, it is criticised for having weak dialogue that leans more toward the cringe side. The script is also receiving criticism from the audience that purchased tickets. Thankfully, it appears that Ayan has heard what they have to say.

Ayan Mukerji said to Sony Music India, as reported by Hindustan Times, that producing Brahmastra part 2 in 2-3 years is a significant task, and he implied acceptance of part 1’s shortcomings, including its subpar dialogue and screenplay. “Look at Baahubali, two years pass just like that,” he added. Since our nation is so vast, I estimate that it will take everyone six months to see Brahmastra alone. If we could have given you Brahmastra 2 the following year, it would have been incredible. It would have been wonderful for me, and I would have enjoyed it.