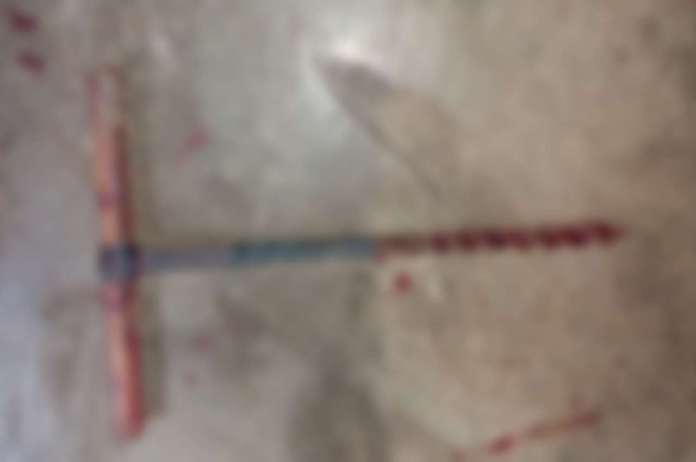 Jashpur, Chhattisgarh: A 34-year-old man’s blood-soaked body was discovered at the Kotwali police station area of Bartoli Bhagalpur. The body was discovered in the house’s courtyard. According to reports, the murder was committed with an iron drill that pierce the wood. So yet, no information regarding the killers has been discovered.

According to reports, Ashish, 34, was at home on Monday. The rest of the family members were not present. When the family members arrived home on Tuesday morning, they discovered Ashish’s body in the house’s courtyard. Around the dead body was also kept an iron rod which is used to drill wood. As a result, it is assumed that he was slain with this iron drill.

The family members provided the police with details about the occurrence. Police officers, including the Superintendent of Police, Additional SP, and SDOP, arrived to the scene after receiving information about the event. So far, no information regarding the killer or the motivations for the murder has been discovered.

The police have begun an investigation. The assistance of a squad dog is being sought in order to locate the accused.