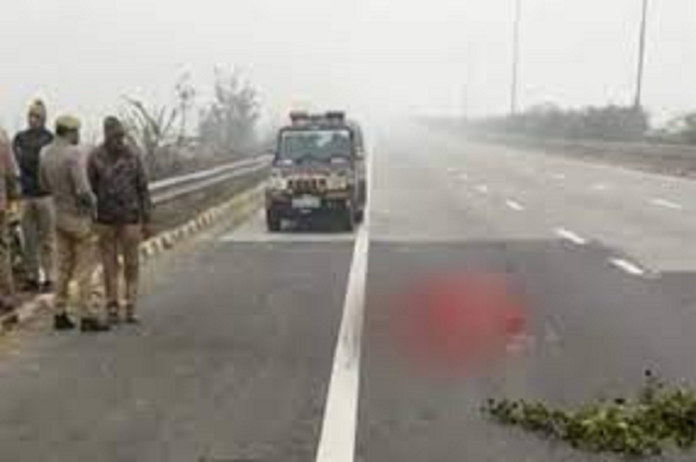 According to Abhishek Verma, DSP Greater Noida, Dadri Police Station received information about the location of a woman’s body in Greater Noida’s Eastern fringe around 7 a.m. on Monday. Verma went on to say that after receiving the information, a police team and other officials rushed to the scene.

“When police arrived, they discovered damage marks on the deceased woman’s hands, head, and feet. “Tyre imprints from a truck were also discovered at the scene,” Verma added.

During the preliminary inquiry, police discovered that the woman died after being struck by a heavy object.

“Police are working to determine the identity of the deceased woman,” Verma said.

The authorities have launched a further inquiry.