Woman in coma for 7 months gives birth to baby girl at AIIMS! 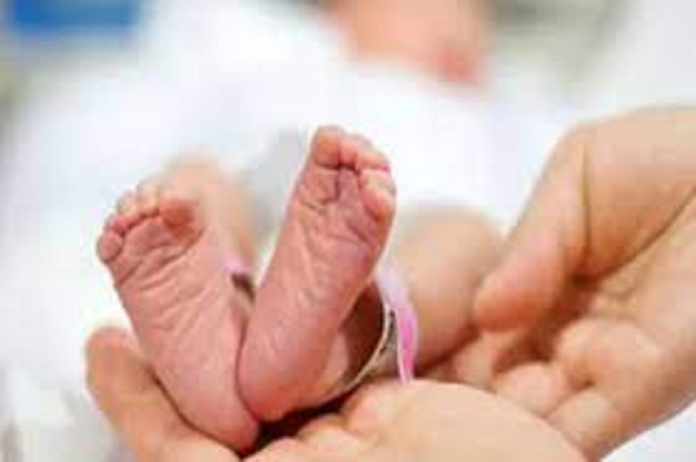 New Delhi: in a bizarre incident, A 23-year-old women who had been unconscious for seven months in the AIIMS trauma centre gave birth to a healthy baby girl last week after many head surgeries following a car accident.

Dr. Deepak Gupta, a neurosurgeon, said, “On April 1, 2022, at 4.30 am, a 23-year-old woman who had suffered a severe head injury the day before while riding a two-wheeler with her husband arrived at the AIIMS Trauma Center (in Bulandshahar, UP). At the time of the collision, neither the husband nor the woman were wearing helmets. The wife, who was sitting sideways and without a helmet, collapsed and suffered a very serious head injury, whereas the husband escaped without any head injuries.”

“She received initial care at Abdullah Hospital in Bulandshar before being transferred to the trauma centre at AIIMS. She had been married for six weeks and was 40 days along when the disaster occurred (pregnancy test was positive). When she was found, she was unconscious and had signs of a significant brain damage, including an acute subdural hematoma. She was brought up for emergency surgery and put on a ventilator right away (decompressive craniectomy where part of her skull bone was removed to decrease pressure inside her swollen damaged brain). In the past seven months of hospitalisation, she endured a total of five neurosurgery procedures, “Added he.

The woman is still asleep at this time and breathing independently.

“She is now still unconscious, breathing on her own without the use of a ventilator, opening her eyes on occasion and occasionally nodding in response to painful stimuli. With ongoing rehabilitative assistance, she has a 10% to 15% chance of recovering consciousness during the next few of years “Dr. Gupta added.

After much deliberation, the family opted to carry the pregnancy out because the woman was pregnant at the time of admittance.

“When her family saw some activity in her that would indicate approaching birth pains, they brought her to AIIMS. On October 22 by natural delivery, she gave birth to a healthy daughter child weighing 2.5 kg at the AIIMS Trauma Center ( no caesarean section). A team from the Obstetrics and Gynecology Department at AIIMS, Delhi, conducted the delivery ” Dr. Gupta added.

Ruckus over alleged love jihad! ‘Have been in love with Faraz for four years,’ girl claims