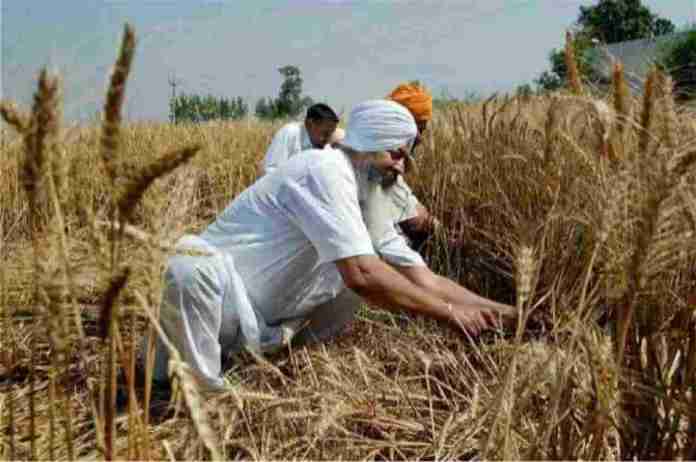 Amloh (Punjab): Describing doing away with the pollution caused by burning paddy straw and increasing the income of farmers by generating electricity from straw as the top priority of the state government, the Environment, Science and Technology Minister Gurmeet Singh Meet Hayer today said that the state government is making concerted efforts in this regard.

During his the visit to Sri Ganesh Edibles Pvt Ltd at Shahpur here today to generate electricity from straw. On this occasion, Meet Hayer also distributed checks of Rs. 3 Cr. to the farmers who sold straw to the said project instead of burning the straw. A total amount of Rs 30 Cr. is to be distributed to the farmers. With this project, farmers can earn Rs. 3000 per acre through straw.

Meet Hayer said that the state government under the leadership of Chief Minister Bhagwant Mann is looking for effective ways to find ways to use straw as fuel and make it a source of income for farmers.

The Minister said that in Punjab, paddy is grown in an area of 3 million hectares, resulting in about 20 million tonnes of paddy straw. He said that burning of stubble causes pollution and also reduces the fertility of the earth. State government had demanded compensation from the GoI to the farmers for stubble management, but the center refused the state’s proposal.

Meet Hayer said that the paddy straw of the villages in Patiala, Fatehgarh Sahib and Ludhiana districts is being well managed by Sri Ganesh Edibles Private Limited at village Shahpur, which paid Rs. 135 per quintal for the payment of paddy straw in the last season.

The power requirement of the factory is being met by running a 3 MW co-generation power plant which consumes 40 thousand tonnes of straw and now it is proposed to increase this plant to 15 MW power which will be completed by October 15.

This will Asia’s first Cogeneration and captive plant with paddy straw. With the expansion of this project, 2 lakh tonnes of paddy is estimated to be procured from the three districts in this season from an area of nearly 1 lakh acres. This will enable consumption of paddy straw within a radius of 25 km.

Rs. 40 Cr. as paddy straw has been paid to the farmers since 2014 till the last season and farmers are selling the paddy straw to the industry under contract which has resulted in high incidence of stubble burning in Amloh and Khanna sub-divisions.