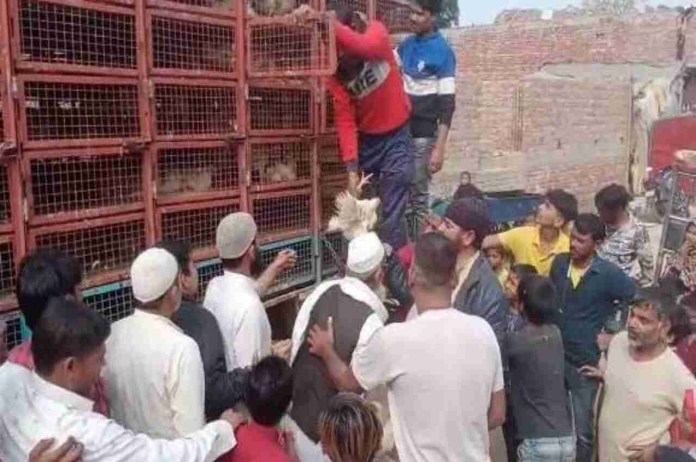 Viral Video: In a bid to woo voters, Haji Islam, former chairman of Shamli district of Uttar Pradesh, ordered a truck full of chickens, to be distributed among the people lined up there.

A rush can be seen, in the viral video, among the people to grab as many free chickens as they can.

The incident is of Kandhla town of North Shamli district. According to media reports, Haji Islam was the chairman here a long time ago.

According to the information, Haji Islam is standing up for the election this time as well. It is alleged that he ordered a truckload of chicken to woo the voters.

In the viral video, it can be seen that a truck full of chickens is parked and people are rushing to bring home as many chickens as possible. Some people are asking the crowd to get in line.

Meanwhile, some are seen trying to get the freebie by climbing on the truck.