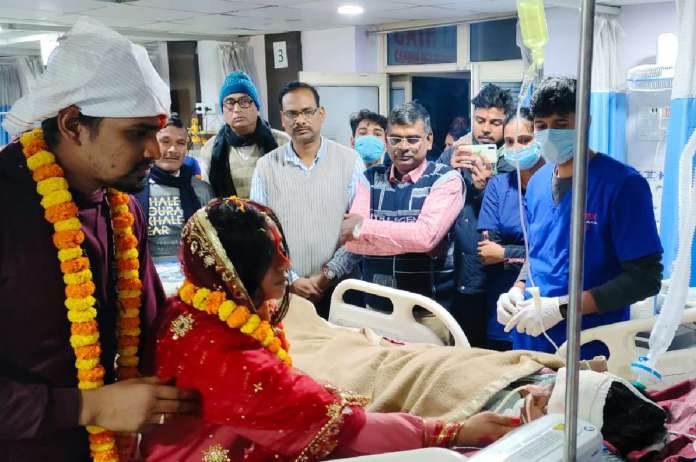 Saurabh Kumar, Patna: In Bihar’s Gaya district, a “film tale” has become the reality. The daughter performed seven rounds in front of her mother’s eyes in the ICU of a private hospital here to fulfil the dying wish of a female patient admitted there. The mother, on the other hand, died just two hours after her daughter married. This wedding included not only the bride and groom’s family, but also the medical personnel.

This marriage took place at Arsh Hospital, which is located in front of the district’s Magistrate Colony. Poonam Kumari Verma, the wife of Lalan Kumar, a native of Bali village in the Guraru block, had been sick for a few days. He was hospitalised to Arsh Hospital Gaya after becoming seriously ill.

After Poonam Verma was admitted, the doctor stated that her condition was critical and that death may occur at any time. In such a situation, the patient Poonam Kumari Verma imposed on her family that her daughter Chandni Kumari marry while she was still alive.

Engagement was set for December 26th

Chandni Kumari’s engagement was to take place today, according to her relatives. However, at the behest of the girl’s mother, Chandni was married to Sumit Gaurav, a Salempur village resident. Unfortunately, the girl’s mother died barely two hours after the wedding. 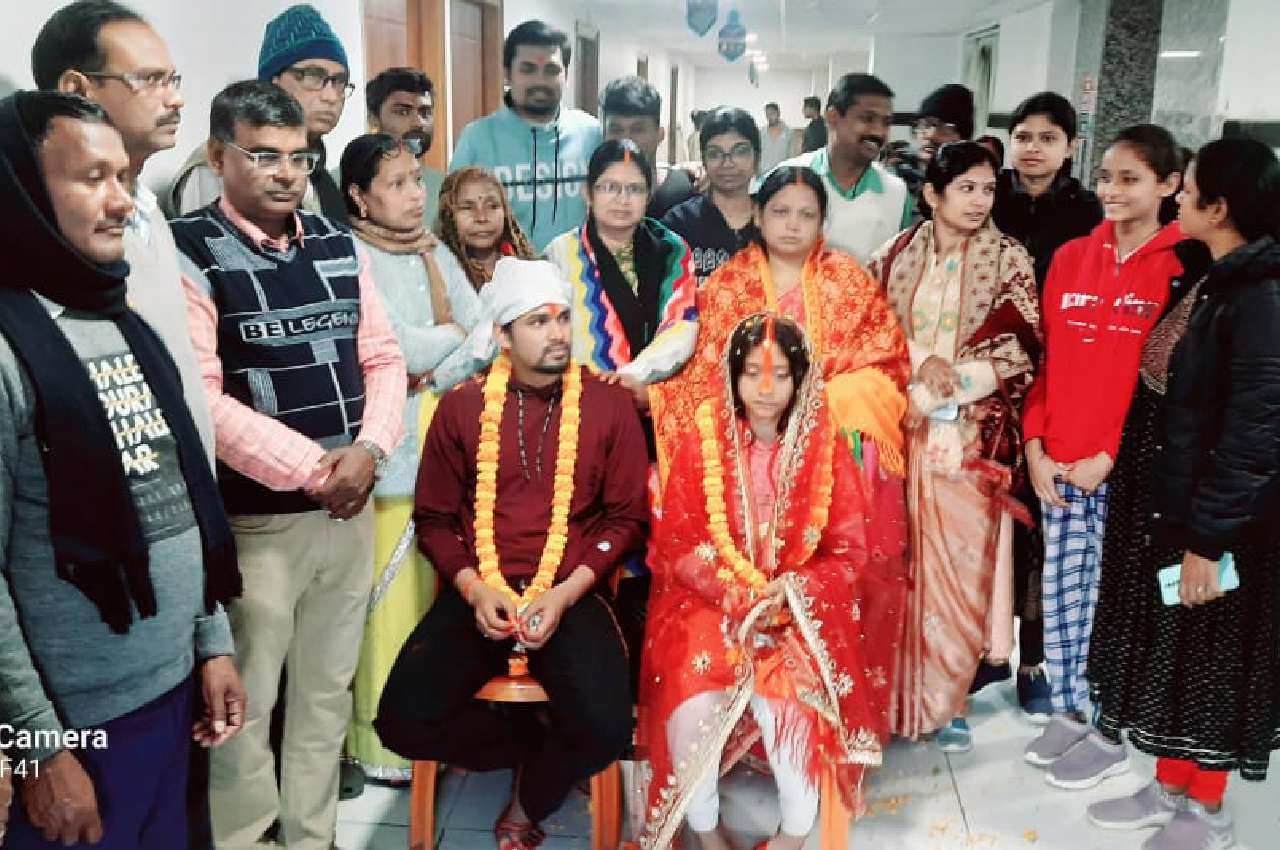 According to reports, the girl married outside the ICU door at Arsh Hospital. Ajit Kumar Lohia, the groom’s uncle Sumit Gaurav, performed the marriage by reading the affidavit to the bride and groom. The marriage was unique in that there was no Tilak dowry.

Chandni Kumari, who lost her mother just two hours after getting married, explained that her mother Poonam Kumari Verma worked as an ANM at Magadh Medical College and Hospital and had been ailing since the Corona period. She had heart problems. Married in the hospital to meet the mother’s desires.