The incident happened in the lift of Charms Castle high-rise in Raj Nagar Extension locality of Ghaziabad, a video of which has gone viral. 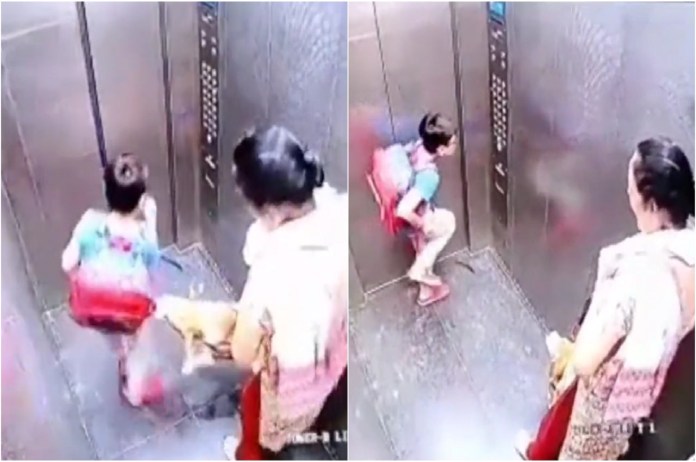 New Delhi: An incident was caught on CCTV footage from an elevator of the housing society where a minor child coming back home from tuition on Monday was attacked by the pet dog. To much surprise, the owner of the dog did nothing seeing the child in pain and ignored the whole incident.

According to media reports, the incident happened in the lift of Charms Castle high-rise in Raj Nagar Extension locality of Ghaziabad, a video of which has gone viral.

In the video, a dog can be seen pouncing on the child and biting him, following which the child can be seen in pain rubbing the injured area, while the lady with the dog did nothing and got down at her stop.

a pet dog bites a kid in the lift while the pet owner keeps watching even while the pet owner the kid is in pain! where is the moral code here just cos no one is looking?
.
.
p.s: @ghaziabadpolice
Location: Charms Castle, Rajnagar Extension, Ghaziabad
Dtd: 5-Sep-22 | 6:01 PM IST pic.twitter.com/Qyk6jj6u1e

Meanwhile, the parents of the child have registered a complaint with the police.

“In relation to the viral video of a dog biting the child in the presence of its owner in the lift of a society located at Rajnagar Extension on 05.09.22, on the complaint of the father of the child, advance legal action is being taken by registering a case at the Nandgram police station,” Ghaziabad Police said.

The video received comments expressing anger at the lady. One such user wrote: I feel ashamed that day by day people are loosing their sensibility and kindness. Such a shameless lady. She would have done the same thing if this would have happened to any of her family member or her own kid?