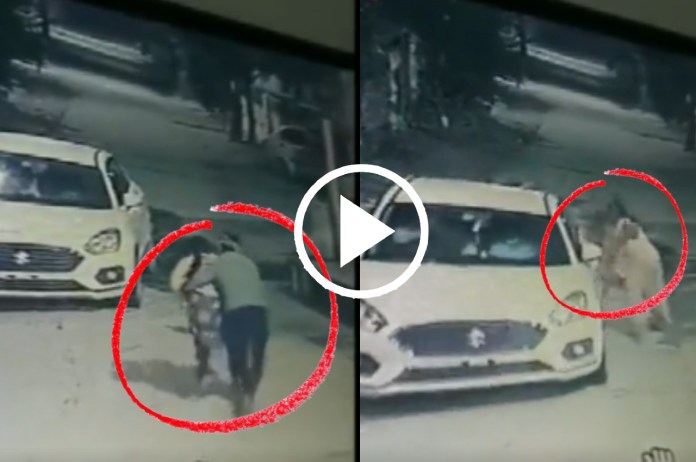 Sircilla (Telangana): A group of men on Tuesday kidnapped a 18-year-old while she was returning from a temple along with her father in Sircilla district in Telangana.

Watching a girl alone in the morning, a few men came running out of car toward her. While one of the accused grabbed the girl and made her sit in the car forcefully, the other men kept the father away.

Meanwhile, the father tries to stop the car but failed. Later he followed the car with his motorcycle but lost them. The entire incident was caught in a CCTV camera installed nearby.

Suspected to be girl’s lover

The police informed that the girl had eloped with her lover earlier which rasied a suspicion that the kidnapper could be the same person.

After which, the man was booked under POCSO Act as the girl was minor that time. However, the family of the girl has announced her marriage to another boy.

The police have formed three teams to nab the culprits.

“We’re making all efforts to trace them. 4 people are involved in the incident. The girl had eloped with her lover in the past. Now as she has become an adult, he (her lover) might have taken her. 3 teams formed to nab them,” said Vemulawada DSP, Nagendra Chary.