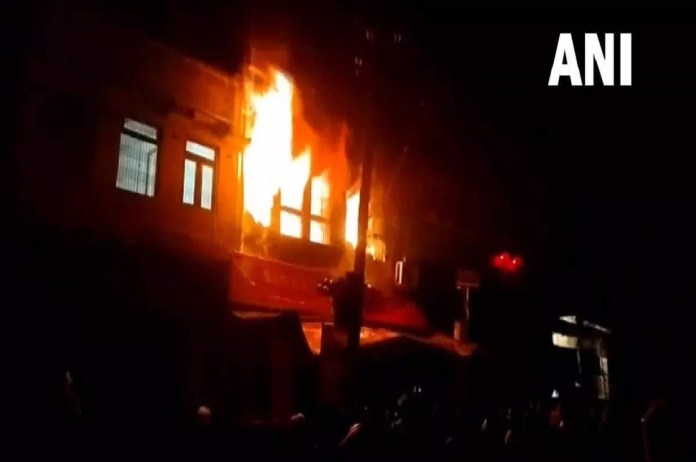 Firozabad: Six members of a family, including an infant & two children, were charred to death in a house fire on Tuesday night in Jasrana area of Firozabad district of Uttar Pradesh, police said on Wednesday.

Police said that family members died after fire broke out in their electronics-cum-furniture shop on the ground floor of the building they lived in.

According to a PTI report, the fire broke out after a battery explosion on the ground floor of their furniture shop and it spread to the second and third floors where the families resided.

The deceased have been identified as Manoj (36) and his wife Neeraj (33), their sons Bharat (15) and Harshvardhan (13). Their sister-in-law Shivani (22), the wife of Manoj’s brother, and their six-month-old daughter Tejasvi also died in the fire, District Magistrate Ravi Ranjan said on Wednesday.

Officials said that fire tenders from Agra, Etah and Mainpuri were called to douse the fire. It was controlled after several hours of rescue operation.

Preliminary investigations suggest that fire broke out due to a short circuit.

Chief Minister Yogi Adityanath has expressed grief over the loss of lives and directed officials to provide a relief of Rs 2 lakh to the kin of the deceased.