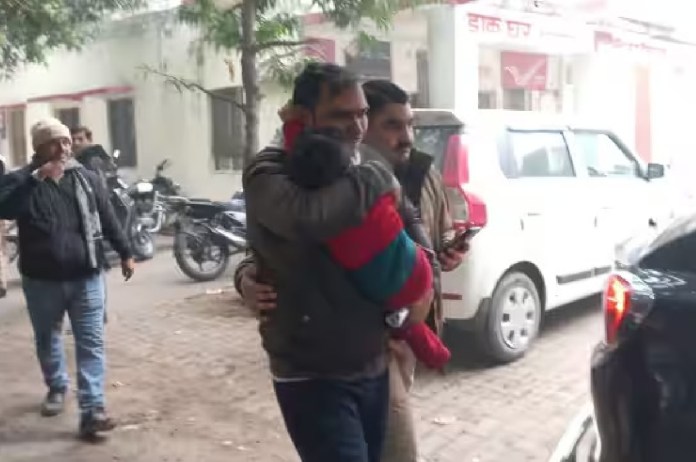 Etawah: A constable took dead body of his two-year-old son to the SSP office expressing grief that he had been seeking leave to take care of sick wife and the infant. He said that if he had gotten the holiday then his son would have been alive.

Harshit, the son of the constable died after falling into a water-filled pit in Uttar Pradesh’s Etawah district on Wednesday while he was playing. Constable Sonu Chowdhary said that his wife is sick for several days due to which she was having a hard time taking care of the baby.

After which, the SP City and CO City came down to the spot to convince the constable, sending him back home to complete the last rites. Sonu Chowdhary, a native of Mathura, was posted in the police line. He lives on rent in Ekta Colony.

Asked for leave on Jan 7

The constable said that he had sent his application to SP City on January 7, but it was cancelled. While playing on Wednesday morning, his son accidently fell into the pit located next to the house.

On searching for a long time, his dead body was found in the pit. He was immediately rushed to the district hospital where the doctor declared him brought dead.