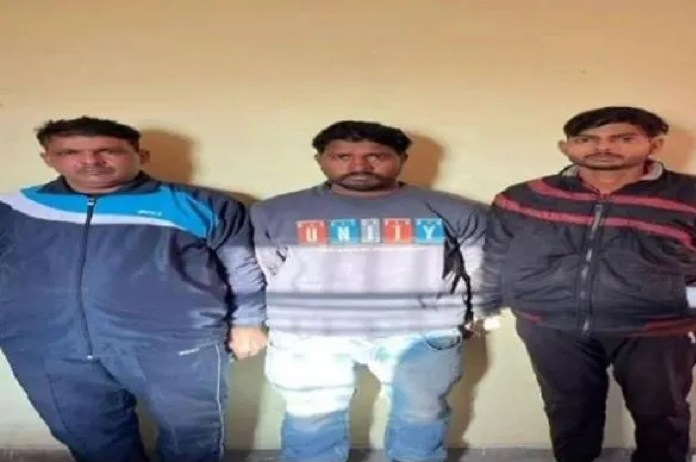 New Delhi: The Police has arrested three accused in a case pertains to a gang-rape with a  woman going to Agra from Noida in Uttar Pradesh. The incident took place at Yamuna Expressway.

In her statement to the police, the victim said that she boarded an Echo car at 8:30 pm in Sector 37, Noida, to go home. She said there were six passengers in the taxi who left at their respective stopages, leaving the woman alone with the driver.

Driver asked drop location to the lady and she informed that she would go to Bidhuna whic was not in the way but the taxi driver said he would drop her.

However, the taxi driver Jaipal took a U-turn and started running the vehicle back towards Agra which she objected but he did not stop.

On the way the driver called two others

The victim said she was unaware of the route. Meanwhile, Jaipal took the victim from the national highway and reached Garhi Rami road on Kuberpur NH and there he called two others.

The victim told that the three together raped her by taking turns from three hours in the night in an auto.

After the incident, the woman reached Etmadpur police station at 7 am. The policemen were also shocked to hear the words of the victim in the police station.

Thereafter, the police searched CCTV footages at the expressway toll tax to nab the culprits. After which, the police arrested the driver Jai Veer, Hemant alias Titu and Phool Singh, residents of Rasoolpura village of Etmadpur.

Read More :-UP CRIME: WIFE, HER LOVER KILL HUSBAND AS HE FOUND COUPLE IN OBJECTIONABLE POSITION

The police have also recovered the Eco vehicle used in the incident and have sent the accused to jail.