HomeCitiesShocking! After 6 years of marriage, husband kills wife for Rs 1...

Shocking! After 6 years of marriage, husband kills wife for Rs 1 lakh dowry and bike, had 2 children

The husband took Anita to the hospital in a dead state in order to deceive the police. 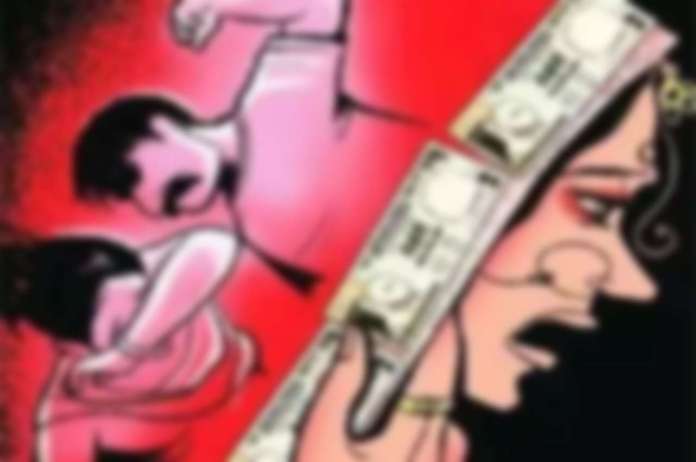 Haldwani, Uttarakhand: A shocking case of dowry murder has been revealed in the Mukhani police station area of Uttarakhand’s Haldwani. The woman had been married for six years. The Mukhani police have registered a case against four people, including the woman’s husband, under relevant sections including dowry death, based on the woman’s family members’ complaint, and the police are investigating the entire matter. The deceased left behind two children.

Girand, originally a resident of Shahjahanpur police station Kalantah in Uttar Pradesh, has given a police complaint that 6 years ago he married his daughter Anita to Anuj, a resident of Rodi Kargaina, Subhashnagar Bareilly, who now lives in Mukhani police station area of Nainital district’s Haldwani.

Girand’s daughter’s body was discovered hanging in her husband’s house in Haldwani on Wednesday under suspicious circumstances. The husband took Anita to the hospital in a dead state in order to deceive the police. Not only that, but he continued to roam for about an hour in order to mislead the cops.

According to the Tahrir given to the police, the deceased’s father stated that his daughter repeatedly stated that her husband was demanding one lakh rupees and a bike as dowry. He also threatened to kill her if he did not receive the dowry.

According to SP City Harbans Singh, a case has been filed against four in-laws, including the husband, under related sections, including dowry death. The entire situation is being investigated. Following the post-mortem report, further action will be taken.