Elaborating about the arrangements being carried out in the state,  Vikas Pratap, Principal Secretary, Animal Husbandry said that Punjab has around 25.31 lakh cattle and 40.15 lakh buffaloes. 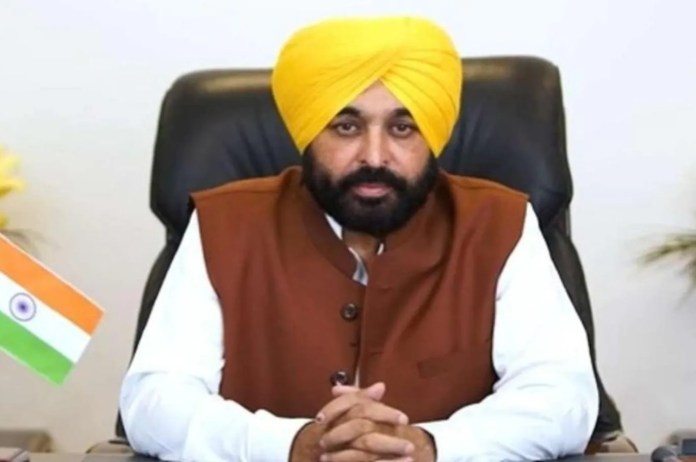 Discussing the situation prevalent due to the contagion, availability of vaccine and arrangements being made by the state government for the prevention with Parshottam Rupala, Union Minister for Fisheries, Animal Husbandry and Dairying during a review meeting at Punjab Bhawan, here, the Cabinet Minister Bhullar apprised that the state government has administered about 2.05 lakh doses of Goat Pox vaccine to healthy cattle up till last evening and the affected animals are being persistently monitored and adequate medication & other precautions are being ensured as per the GoI guidelines.

The Punjab Animal Husbandry Minister informed that he had visited various districts of Punjab to get first-hand information about the problems of milk producers. And, this disease is spreading mostly among cattle and districts of Fazilka, Sri Muktsar Sahib, Faridkot, Ferozepur, Bathinda, Tarn Taran, Jalandhar and Amritsar are most affected with the infectious disease.

Bhullar also said that the state government is facing a problem as there is huge difference in price of different vaccines. Hence, the uniformity in the price and availability of doses in sufficient quantity should be ensured.

After listening to the demands, the Union Minister  Parshottam Rupala assured that the price of vaccines will be rationalized and the supply of vaccine in the required quantity to the state will be ensured. Rupala also directed to prepare isolation wards for affected animals to prevent the disease from spreading further.

Elaborating about the arrangements being carried out in the state,  Vikas Pratap, Principal Secretary, Animal Husbandry said that Punjab has around 25.31 lakh cattle and 40.15 lakh buffaloes. As many as 74,325 animals have been suspected to be affected by this disease. Of which, 39248 animals are cured till date in the state, while 3359 animal deaths have been reported but these are not confirmed cases of Lumpy Skin Disease.

He further informed that the Punjab has so far received around 3.16 lakh doses in three phases, which have already been sent to all districts across the state and till date 2,02,484 cattle have been vaccinated.

Vikas Pratap apprised that Punjab contributes 1.31 per cent to the national livestock population, while the milk production in the state is 6.70 per cent of the national production. Therefore, it is necessary to pay required attention to this important agri-subsidiary occupation.

He said that Chief Minister Bhagwant Mann has constituted a Group of Ministers to deal with the lumpy skin disease. The committee is continuously monitoring the situation closely and ensuring required logistic and other support to deal with the disease.

He said that apart from 673 vaccination teams of the Animal Husbandry Department, final year students and interns of Bachelor of Veterinary Science (B.V.Sc) have also been roped in vaccination and awareness campaigns. These teams are regularly following the guidelines issued by GoI for the treatment and control of disease in the state, which include isolation of affected animals, control of movement of animals and farm workers, disinfection of farm premises and control of vectors so that further spread of disease can be restricted.

New Delhi: Punjab Chief Minister Bhagwant Mann has approved the setting up of a...
Entertainment

New Delhi: Punjab Chief Minister Bhagwant Mann has approved the setting up of a...
Entertainment

UPPCL Recruitment 2022: Golden chance for candidates who have done their graduation from any...