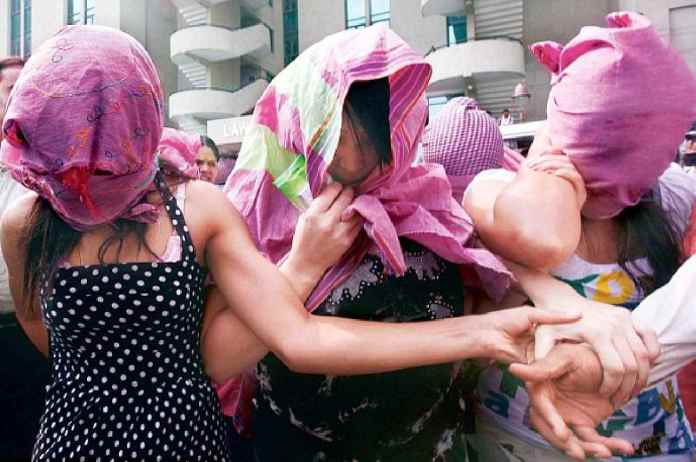 A prostitution racket has been uncovered in Bihar’s capital Patna, according to police. Prostitution was running in a guest house near Patna Junction. When the cops arrived in plain clothes to raid the guest home, two sex workers seated on the steps began negotiating with them. Both had asked for Rs 3,000. Following that, at the tip of the cops, more policemen in civil dress stationed nearby apprehended both of them.

During the operation, authorities apprehended two ladies and two guys in an inappropriate position. The police have detained seven persons, including four ladies, and revealed this in a guest home near Patna Junction.

The Kotwali police station had acquired confidential information concerning this ring. On the basis of which, some Kotwali police officers disguised as clients arrived at the guest home on Sunday night. The sex prostitutes on the stairwell offered the cops their bodies for three thousand rupees.

Meanwhile, at the directions of the police officers on the scene, the women officers and constables of the Kotwali police station stationed in plain uniform near the guest home apprehended these two women and took swift action.

Significantly, flesh traffickers begin to arrive at hotels and guest homes as soon as the sun sets in Patna Junction and its adjacent locations. In the case, the in-charge of the Kotwali police station stated that all of the accused will be brought before the court and that further action would be taken.

The cops also stated that many undesirable items were discovered from the room during the operation. According to the authorities, this is a large racket against which raids are being conducted.