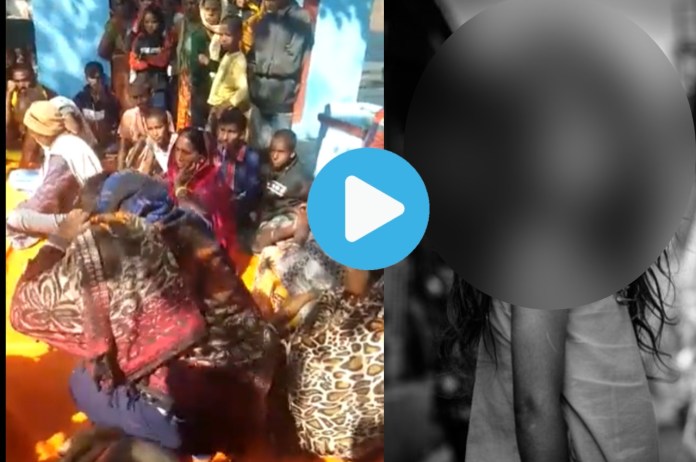 Nawada (Bihar): A Bihar Panchayat ordered 5 sit-ups to a rape accused as a punishment for allegedly sexually assaulting a 6-year-old girl in Akbarpur area of Nawada town. A video of the accused doing sit-ups for mere 14 seconds went viral on social media, attracting severe criticism.

On November 21, the accused Arun Pandit called the victim at his chicken farm by offering her toys and chocolates. As soon as the girl reached at his place, he made her sit on her lap first and then raped the minor.

The girl returned to her home in a pathetic condition to tell her parents about the crime. Meanwhile, the accused approached an influential person of the village to help him escape the situation.

Thereafter, the influential man who used to hold top position in the Panchayat committee, called for an assembly to “serve justice to the girl.” As everyone gathered, the influential person asked the man to do the sit-ups and dismissed the case.

The local media reported that the family protested the “so-called punishment” but they were pressurised to let the matter go instead of taking up the case to the police. The accused also offered to give compensation for the crime to the victim’s family.