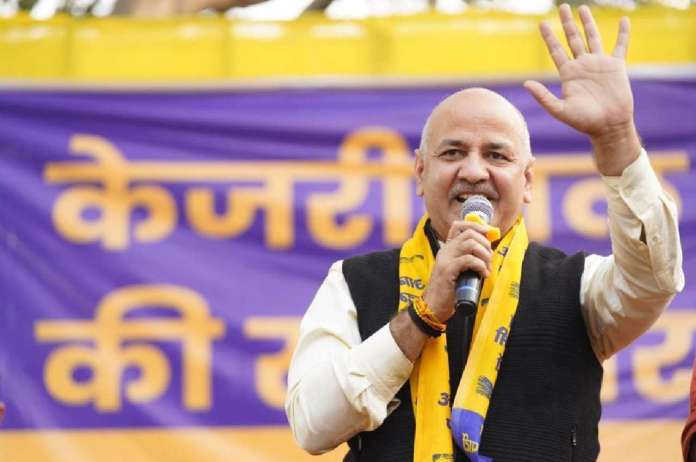 Aam Aadmi Party is getting tremendous support from the people of Delhi for the MCD elections. On Thursday, AAP Senior Leader and Delhi Deputy Chief Minister Shri Manish Sisodia held Jansamvad in 10 wards of Trilokpuri, Kondli and Patparganj. He took note of the civic issues being faced by the people under the rule of BJP in MCD and appealed that to end the misrule of BJP in MCD, the public must vote for Aam Aadmi Party in the upcoming elections. Bringing the Kejriwal government into MCD will ensure the timely redressal of all the civic issues of the public and the holistic development of Delhi.

As soon as the Kejriwal government is formed in MCD, all sanitation workers will get their salaries on time; all contractual workers will be made permanent

He added, “Shri Arvind Kejriwal showed trust in teachers of Delhi government schools and gave them their due respect. In return, Delhi government school teachers worked hard and established a world-class Delhi Education Model. Similarly, we trust our sanitation workers too and together we will make Delhi the most beautiful capital in the world.”

Everyone in Delhi knows that MCD’s main responsibility is to keep the city clean, but BJP couldn’t understand this in the past 15 years

Shri Manish Sisodia said, “Everyone in Delhi knows that MCD’s main responsibility is to keep the city clean, but BJP couldn’t understand this in the past 15 years. The BJP was busy promoting extortion and making money from it. The public is upset with them and this time in the MCD elections, the Aam Aadmi Party will form the government and answer the BJP for its negligence.”

Public in the Jansabha said- We are worried about the future of our children, not those of BJP-Congress leaders, and our vote will be only for the government that works

During the interaction with Deputy Chief Minister Shri Manish Sisodia in a Nukkad Sabha, the public said that it is enough now, for 15 years, they have given several opportunities to the BJP, but nothing changed. Now they are not worried about BJP-Congress, but about the development of their ward and the future of their children. Arvind Kejriwal is the only person who can change this and give a better future to their children. That’s why this time they will elect a government that will work for the betterment of the public and bring Shri Arvind Kejriwal in MCD too.

Seeing the massive crowd in Jansamvad of AAP across the capital, Shri Manish Sisodia said, “By seeing the people’s love for Aam Aadmi Party and boiling anger against BJP’s misrule, it is evident that this time the Kejriwal government will be formed in MCD too and BJP will be wiped out of the municipal corporation. Shri Arvind Kejriwal is getting immense support and love from the people of Delhi because he did all the work for the people but BJP only deceived them.”

If there will be Kejriwal’s government in MCD, then the corporator should also be of Kejriwal

Shri Manish Sisodia said, “People across Delhi have taken their decision to give a chance to Kejriwal in MCD too because when they gave a chance to Shri Arvind Kejriwal in Delhi government, he did several works and made Delhi a better place to live. People need to understand that if there will be a Kejriwal government in MCD and corporators will be of BJP in any ward, then the chances of development in that particular area might reduce because after the elections, BJP corporators will have just one agenda which is to fight with Shri Arvind Kejriwal and restrict development work. The kind of development an AAP corporator will bring into the ward, that is not possible in the tenure of a BJP corporator.”