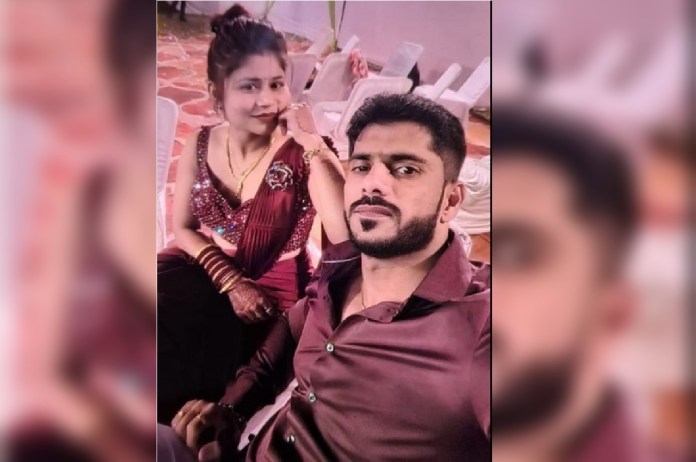 New Delhi: A married lover killed his girlfriend when she started pressuring her of marriage. The Crime Branch Unit Two arrested the accused and his friend on account of a CCTV footage after the girlfriend’s body was found in the Gadi river.

The deceased was a resident of Bundi, Rajasthan. Police have arrested Riyaz Samad Khan and Imran Ismail Shaikh, residents of Deonar Mhada Colony, for the murder of Urvi Vaishnav (27). Urvi lived in Koparkhairane, Navi Mumbai.

She used to work as a waiter in a hotel. On December 14, when Urvi suddenly went missing, her brother Paras filed a missing complaint at the Nerul police station. Meanwhile, on December 17, her body was found near the Gadi river.

Urvi’s brother had accused Riyaz of murder. Urvi came to Navi Mumbai 6 years back. Here he became friends with Riyaz 6-7 months ago.

She used to call Ayush every day at 5 pm, but when the call did not come that day, Ayush told Paras. He called Riyaz and asks about Urvi, then he disconnected the phone and did  not receive the call again.

According to the deceased’s brother Ayush, on December 14, Riyaz had gone to drop Urvi to the hotel in the morning by car. He came back to his house at about half past one in the day. Riyaz expressed his desire to drink coffee saying that he has a headache. Then went away asking them to bring Urvi.

Slipper As A Clue

Senior Police Inspector Ravindra Patil of Crime Branch Unit Two said that slippers were found near the body. The police reached that shop. The accused were seen together in the CCTV footage of the shop.

On the basis of this, Riyaz was taken into custody and interrogated. He told that he is already married. He has a gym in Ghansoli. Often used to go to the bar where he got acquainted with Urvi.

After that both of them had a love affair. Urvi had started pressuring her for marriage. After this, Urvi was killed by strangulation in the car itself.