HomeCitiesKejriwal Govt lives up to the demand of Delhiites; consumers to get...

Kejriwal Govt lives up to the demand of Delhiites; consumers to get electricity subsidy on opt-in basis from October 1

Chief Minister Arvind Kejriwal launched the application process on Wednesday by releasing a number which consumers can reach out on to opt-in for the subsidy. 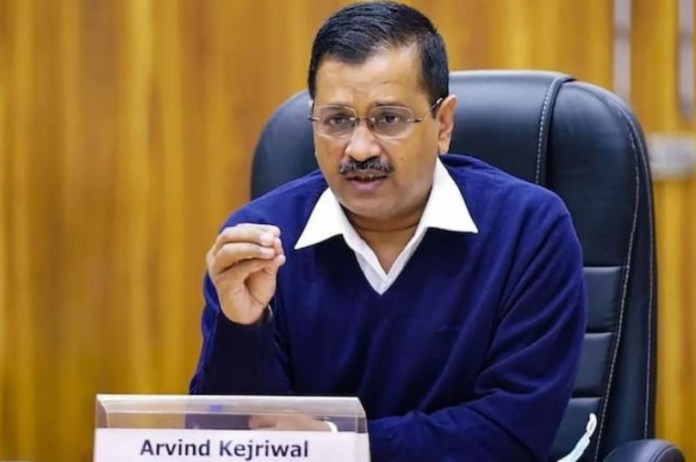 New Delhi: The Kejriwal Government has lived up to the demand of Delhiites. Electricity consumers of Delhi will now get the subsidy on their bills on an opt-in basis from October 1. Chief Minister Arvind Kejriwal launched the application process on Wednesday by releasing a number which consumers can reach out on to opt-in for the subsidy.

Explaining the rationale, Chief Minister Arvind Kejriwal said, “Out of 58 lakh electricity consumers in Delhi, 47 lakh get subsidy, out of which 30 lakh consumers get zero bill and 16-17 lakh bill get half bill. Some people questioned why they were being given subsidies when they could pay electricity bills; they demanded that they should be given the option of accepting or declining the subsidy. Under the old scheme, everyone will get the electricity subsidy until September 30th, but beginning October 1, only those who opt-in will get it.”

The CM further detailed the application process and said, “A form will be sent out to electricity consumers along with their bills; once filled and submitted, their subsidy will continue even after October 1. You can obtain the form by dialling 7011311111 or by sending a ‘Hi’ message on WhatsApp, after which you can fill it out and ask for the subsidy. Everyone will be notified via SMS or email that they have been registered and that their subsidy will be continued. Those who apply before October 31 will continue to receive the subsidy beginning October 1; after that they will get subsidy starting the month in which they apply. Everyone will be required to opt-in for subsidies by filling out the form once a year, so that those who do not want subsidies can opt out.”

I am hoping that those who can pay their bills will do so and those who don’t require it will opt out of the subsidy: CM Arvind Kejriwal

Chief Minister Arvind Kejriwal said, “People of Delhi brought an honest party to power when we formed the government. Earlier there were enormous power cuts in Delhi. We worked day and night to overhaul the power infrastructure and now people get electricity 24×7 in Delhi. There are hardly any faults and that too of miniscule level. Moreover, we supply elections free-of-cost to the citizens. We curbed the corruption from the system in its entirety and the leakage or misappropriation of taxpayers money has completely stopped. We saved a lot of money in the process which we spent on providing facilities to the people. Only a kattar imanadar government can provide electricity 24×7 and that too free-of-cost.”

He continued, “There are a total of 58 lakh domestic consumers in Delhi. Out of them, 47 lakh consumers avail the benefits of subsidy on electricity. 30 lakh consumers get zero electricity bills. The remaining 17 lakh consumers who consume between 201-400 units get half the subsidy of their bill amount. Several people righteously demanded that they are financially able to pay their bills, why are they given electricity free-of-cost? They should be given an option to avail or give up the subsidy. It should not be forced upon them. I completely agree with them and subsidy should only be given to the needy or someone who opts for it. A few months ago, the Delhi Government made a decision that only those people who will apply for subsidy will get it. We are implementing that decision. The older scheme was supposed to be operational till September 30th. From October 1st, only those who have applied for the subsidy will get it.”

Arvind Kejriwal said, “There are a lot of people who have linked their phone number with the CA Number of their electricity connection. They will automatically receive an SMS asking them if they want to register to continue receiving the subsidy or to tell if they want to opt out of it. After registration, you will receive a confirmation after 3 days through SMS or email. People can start applying today. Those who will submit the form before October 31st will get the subsidy for the month of October. If someone fills the form in the month of November, they have to pay the entire bill of October but they will get the subsidy for the month of November onwards. People can apply for subsidies in any month and they will start receiving the subsidy from the same month but they have to pay the bills of previous months.”

He concluded, “We will launch a comprehensive campaign to raise awareness about this scheme. We will go to every doorstep to ensure that every citizen has complete information. Citizens have to apply only once in a year to either avail subsidy or to opt out of it. I am optimistic that those who are able to pay or feel that they do not need subsidy will give it up but still as many people who want to avail the benefit can continue doing that.”

Replying to a media query regarding management of subsidy applications, Arvind Kejriwal said, “We have upgraded the technology and the infrastructure to have a robust system & ensure that it does not crash even after receiving heavy traffic. We are planning to reach every doorstep, we can also organise camps to ensure that everyone has the information and they can register conveniently.”

– You can apply by giving a missed call or by sending Hi on WhatsApp.
– Soon after this an SMS will be sent, containing a link.
– Upon clicking that link a form will open
– You fill that form and submit it and you will be included in the list of subsidy holders.

The Delhi government will also send messages to those consumers whose mobile number is linked with their electricity bill.

– Three days after the application, you will be informed by SMS or e-mail that your subsidy is in progress.