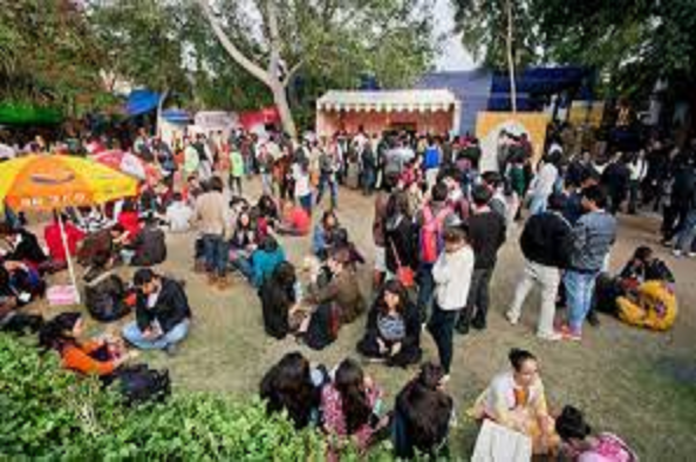 Jaipur Literature Fest: The world’s largest literature festival ‘JLF’ is once again ready to spread its aura in Jaipur. After the Corona period, the Jaipur Literature Festival (JLF) is being organized once again offline. Although this time the venue will be changed. The JLF, which is being held at Diggi Palace on Tonk Road till now, will be organized this time from January 19 to 23 at Hotel Clarks Amer, JLN Road. In this fair full of literature, music and art, thousands of litterateurs, musicians and film celebrities will come face to face with lakhs of listeners.

On January 20, Rajya Sabha MP Rajeev Shukla will discuss the book ‘Scars of 1947: The Healing’ at the Mughal tent. Rajeev Shukla in conversation with Navdeep Suri and Kishwer Desai Aanchal Malhotra highlights inspirational stories post Partition. This book of his has been very popular.

Many musical and cultural programs will also take place during the five days of the literary festival. Bands like Lifafa, Pakshi, Rhythms of India, Kabir Cafe, Shadow and Light, Peter Cat Company will perform. In the morning music there will be musical performances by Sushma Soma, Aditya Prakash, Anirudh Verma, Panega and Sourav Batra Chakraborty.