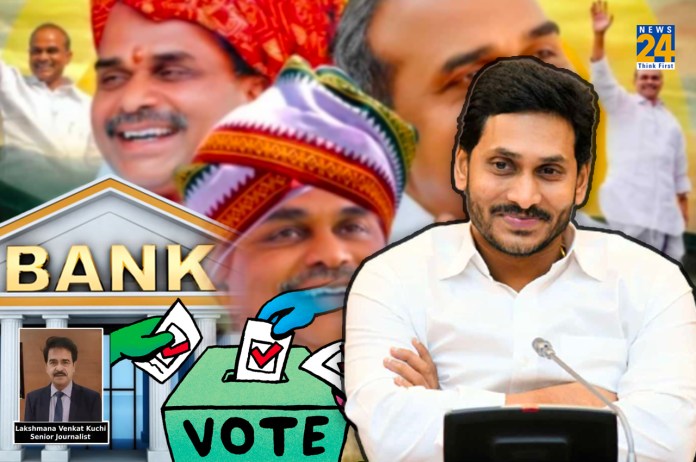 For an active BJP in Andhra Pradesh, along with film star turned politician Pawan Kalyan’s Jana Sena Party and the star power it is trying to rope in ideally should give it enough firepower to eject Chief Minister Jagan Mohan Reddy.

But ironically, the more powerful this combination becomes, the more it increases the chances of Jagan Mohan Reddy – as it would lead to splitting of anti-Jagan votes in another direction. In Andhra, Jana Sena Party and BJP, may well become the vote cutters to deny the principal opposition party, Telugu Desam and its ageing war horse its “rightful” place in the sun.

Interestingly, it was actor power-star Pawan Kalyan’s elder brother and Megastar Chiranjeevi who donned the role of a vote cutter, allegedly assigned to him by YS Rajashekhara Reddy in 2008 to split votes against the Congress and  helped him snatch victory in the assembly elections held in 2009. The TDP was poised to win the elections in 2009.

Jagan Mohan Reddy is sticking to the same template that helped his father win elections and send one of the biggest contingents of 30 plus MPs to Lok Sabha, both in 2004 and 2009 and help the UPA form the government .

Taking a leaf out of his father’s political struggle, Jagan had also undertaken padayatra (Odarpu Yatra) across the state, after the tragic death of his father in a helicopter accident I 2009, after he was denied a chance to become the Chief Minister by the Congress high command.

The TDP wrested power from the Congress after the term of the government ended in 2014. In this elections, Jagan quit Congress and floated his own party — YSR Congress Party and won 70 seats. Later in 2019, Jagan Reddy dethroned the Telugu Desam party and is the chief minister at present.

Even more interestingly, Pawan Kalyan, also seems to be aping his elder brother Chiranjeevi, who floated his own party -Praja Rajyam Party ahead of assembly elections in 2009 and destroyed the chances of the TDP. Pawan Kalyan formed a political party, Jana Sena Party, and is working in tandem with the BJP.

The BJP on its own has been desperately trying to get some political purchase and is expected to fight the future elections jointly with Pawan Kalyan. BJP national secretary and BJP AP Affairs incharge Sunil Deodhar launched a frontal attack against the state government, which he said was leading Andhra Pradesh into financial bankruptcy.

“The State is heading towards financial bankruptcy due to wrong economic policies being pursued by the Jagan Mohan Reddy government. The State is not in a position to service its mounting debts without raising fresh loans as it is unable to attract new industries and generate enough revenue to even meet its administrative expenses,” Deodhar said addressing a public meeting in Ongole on Sunday.

If a corrupt Jagan Mohan Reddy regime has allowed land mafia, sand mafia, red sanders mafia, liquor mafia free run in the state, he charged and added that the previous TDP government was no different.

“Only the BJP-JSP combine can put the derailed economy back on track and take up development and welfare initiatives on a scale never seen before,” he said.

Political analysts give little or no chance to the BJP and Jana Sena Party to be a serious contender, other than being a spoilsport, and possibly damage the changes of TDP again.

For the BJP at the national level, YSRCP is a better bet as it has been consistently supporting the Modi government in both houses of parliament, and is expected to do the same going forward as well.

Unless, of course, there is a realignment of political forces in the state, with BJP and TDP coming together and taking on the YSRCP.

“Even the combined opposition may not be in a position to dislodge Jaganmohan Reddy at this juncture,” said Harathi Vageesan of NALSAR Hyderabad.

“The BJP neither has no inspiring leader in the state who can mount a serious challenge,” he said and added “Pawan Kalyan’s past electoral record is proof of his ineffectiveness in winning. But as a spoiler, he can work wonders, like his brother did to help the Congress.

Of course, later he merged his Praja Rajya Party with the Congress, giving credence to the notion that he was in fact given a political assignment by none other than YSR in 2008.

Just three years later, after the deed  was done, Chiranjeevi joined the Congress and was rewarded with a ministry in the UPA government.