Is it better to spend tax payer’s money on welfare of people or to extend largesse to corporate friends : CM Mann poses question to Modi 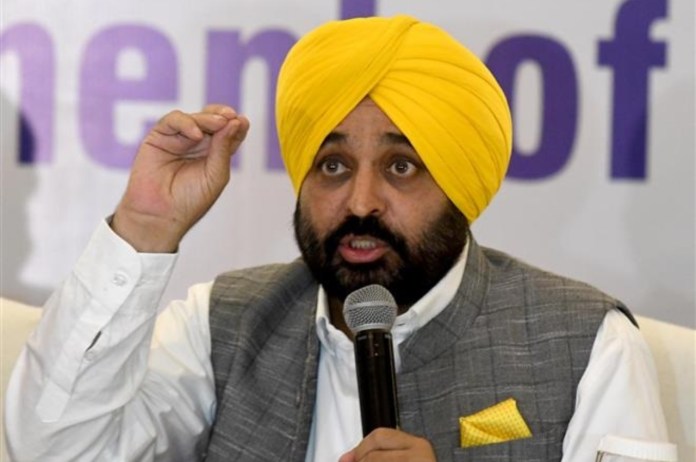 New Delhi: Punjab Chief Minister Bhagwant Mann took on Prime Minister Narendra Modi by asking him whether it’s better to spend tax payer’s money on the well-being of people or to give largesse to corporate friends.

Interacting with media persons here on side-lines of a function organised to pay homage to Shaheed Karnail Singh Issru, the Chief Minister said that the state government is making judicious use of public money by using it for the welfare of the people and to make them an equal partner in the socio-economic development of the state.

As against this, the Union government has allowed daylight robbery of the public exchequer by their corporate friends, as several of them have fled the country by taking several lakh crores from banks, said the chief minister.

Bhagwant Mann also asked the Prime Minister to clarify whether the promise of putting Rs 15 lakh in every account was a freebee or a ‘bubble’.

The Chief Minister said that he had flagged the issue of depleting water table in the recently concluded meeting of NITI Aayog. He said that immediate remedial steps are required to save this precious natural resource of Punjab. Bhagwant Mann said that almost all the blocks in the state are in dark zone as far as the water table is concerned.

The Chief Minister said that it is a matter of concern that the same high powered motors that are used to extract oil in Dubai and other Arab nations are being used to lift ground water in the state. He said that this needs to be checked immediately so that our future generations are not deprived of water. Bhagwant Mann said that concerted efforts are being made in this regard so that water of state is preserved.

Paying tributes to Shaheed Karnail Singh Issru, the Chief Minister said that the martyr was the hero of the liberation of Goa from Portuguese imperialism. He said that the people will always remain indebted to this great national hero for his supreme sacrifice. Bhagwant Mann said that he is fortunate to have got this opportunity to visit this sacred place.