Is CM Yogi a dog lover or cat one?; Watch video to find out 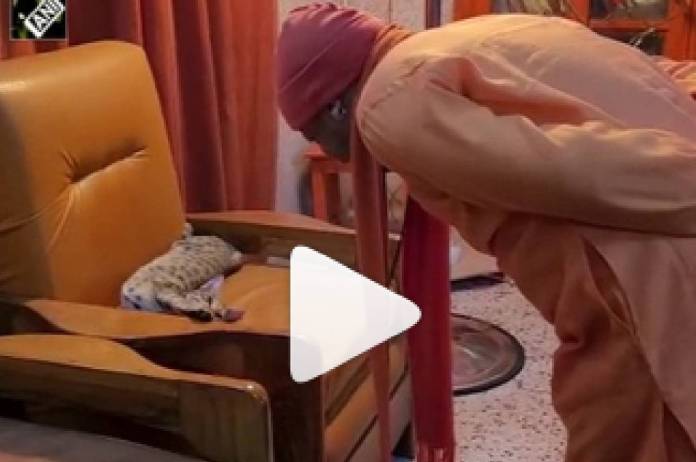 Gorakhpur: In a viral video, Uttar Pradesh Chief Minister Yogi Adityanath was seen having a “funny conversation” with a kitten sitting on a sofa. CM Yogi was seen asking the cat her name or if she wants to eat something.

As the video is getting viral on social media, people are giving their opinions on it. One user wrote, “For the first time in this democracy of India, there was a monk who is worshipable and ruler as well, Vande Mataram” and another wrote, “cat is Chief Minister of sofa”.

CM Yogi with a Dog

CM Yogi was gifted a black Labrador a few days back by a temple devotee and brought to Gorakhpur’s Goraksh temple in December 2016. . He named the dog “Kalu.”

Another video of him went viral where CM Yogi was seen feeding Kaalu and playing with him. So, this raises a question. Is CM Yogi a dog lover or a cat one?