In Pics: UP cop’s witty leave applciation to make up with angry wife gets viral on internet 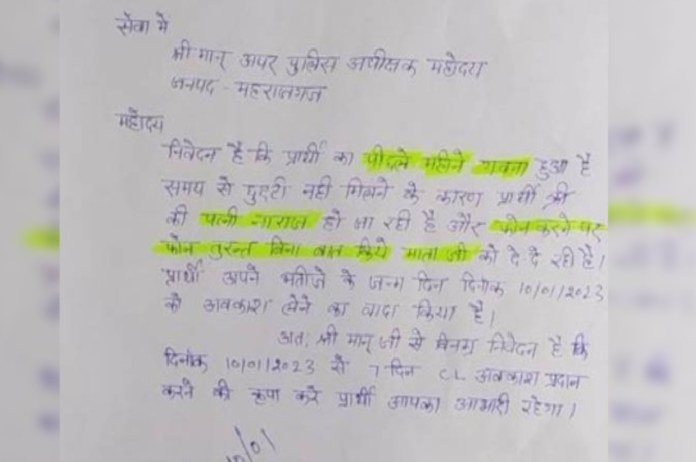 New Delhi: Newly-wedded constable wrote a witty leave application which is now entertaining the social media. In his application, a constable said that he would need a holiday as his wife is angry with him and declining his phone calls.

The constable is posted at the PRV of Nautanbhan police station in Maharajganj of Uttar Pradesh made the appeal to the Superintendent of Police (SP).

“The appelant has got married last month whose wife live at his hometown. His wife has got angry because he did not get the leave. The wife is also not picking up calls or handing it over to his mother without talking,” read the application.

The cop also wrote that, ‘The appelant has promised his wife to come home for nephew’s birthday. So, kindly grant casual leave ie CL from 10th January.’

After reading the letter, the SP has given the nod for 5 days. Not just that, the application is being viral on the social media. 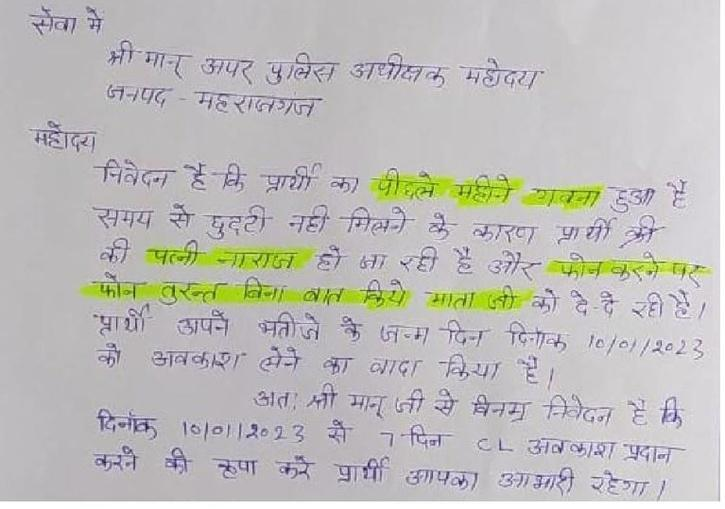