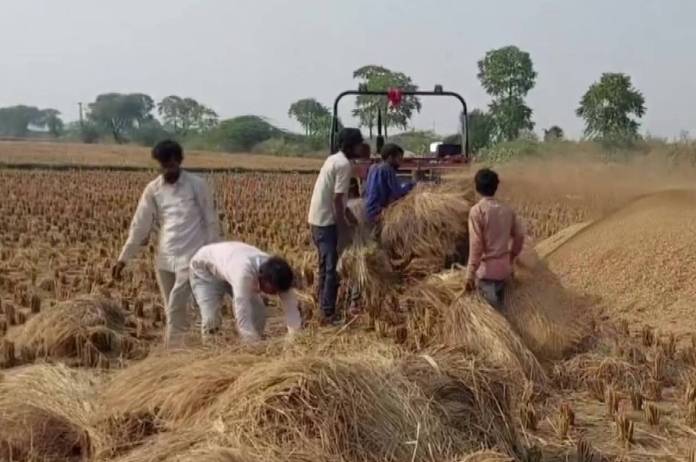 New Delhi: Farmers in Haryana’s Rohtak have opt for converting stubble into fodder in place of burning that will directly benefit the environment.

A local farmer said that they will stop the practice of burning stubble causing deterioration of air quality in the national capital as well as the adjacent regions.

“We will not burn stubble now; it led to pollution. Government is buying our stubble at Rs 5000 per kg. We can buy fertilizers, seeds with this profit,” said the farmer.

Other states of North India which includes Rajasthan, Madhya Pradesh, Delhi and Uttar Pradesh are also in line of setting paddy on fire between September 15 and November 4 this year, causing worsening air quality.

34 per cent contribution to Air Pollution

The SAFAR (System of Air Quality and Weather Forecasting And Research), Friday, revealed that stubble-burning has contributed up to 34 per cent to the air pollution in the national capital.

In a latest report on November 4, Punjab has witnessed a rise of 12.59 per cent of rise in stubble burning cases.

What is Stubble Burning?

Stubble is the paddy crop residues which needs to be removed from the land or the insects that will develop in it will destroy the fertility. It is essential to remove the left standing paddy to sow wheat.

Among various options, farmer choose to burn their crop residues as it is the cheapest way that involves no financial investments. However, the practice causes harm to the environment as it significantly contributes in the air pollution.

Stubble burning plays out around the last week of November.