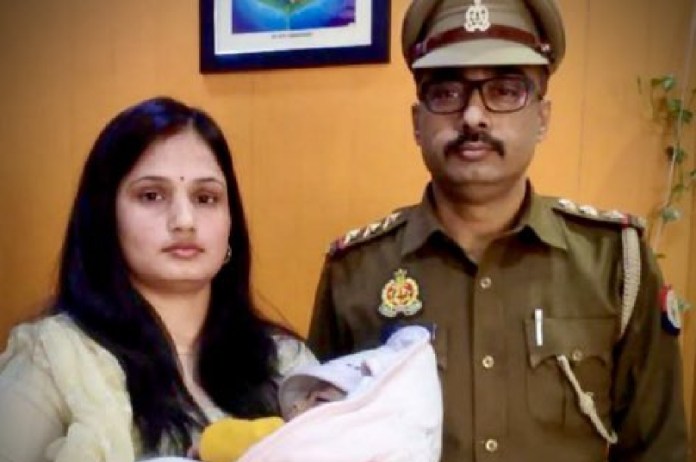 The newborn was found in a critical condition after which she was rushed to the hospital. However, the news of the cop’s wife feedng an unknown child her milk gathered praises and appriciations.

This is Jyoti. Thinking she heard a faint cry, she asked her husband SHO Vinod Singh to investigate. They found a newborn thrown among the bushes barely alive. Without a second thought Jyoti breastfed the infant. The baby is now in a Noida hospital and doing well.

On December 20, the police received information about the newborn baby lying in a cloth in the bushes near Sharda Hospital.

Meanwhile, the station in-charge saw the condition of the girl child was worsening as she was hungry and in pain. Then, Vishnu Kumar asked her to feed the baby girl her milk. After which his wife Jyoti Singh wrapped the girl in a warm cloth and then fed her and pacified her hunger.

The newborn felt relaxed as soon as Jyoti took her in lap. As per the media reports, the babby girl is in good condition now. Meanwhile, the police is searching for her parents.