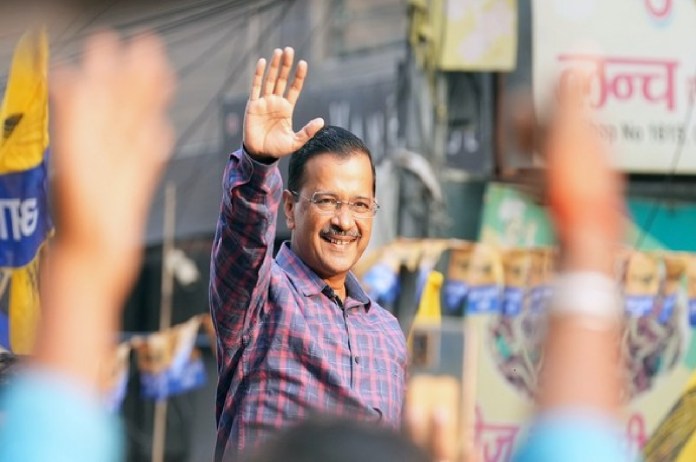 The AAP has crossed the halfway mark gaining a majority in the civic body polls, thus uprooting the Bharatiya Janata Party’s (BJP) 15-year-long rule in the city’s civic body.

According to the latest data shared by the State Election Commission (SEC), the AAP won 134 wards out of 250 so far while, the majority mark is 126.

As per the initial trends in the day, it was appearing that the BJP will return to power to serve the city for the fourth consecutive times. The party continued to lead for one and half hour. After that the results started to shift and the AAP gained the lead.

Senior leaders of the saffron party such as MLA from North East Delhi Manoj Tiwari and national spokerson of BJP Shehzaad Poonwalla were claiming to get victory even after the AAP started to gather majority of votes by the time.

The BJP, which has been ruling the civic body since 2007, managed to win 104 seats, thus facing a defeat in the MCD polls after 15 years.

Way earlier than the final results were declared, celebrations started at the Aam Aadmi Party office in the national capital after the trends showed that the party is set to take over the MCD from the BJP.

The party workers gathered in front of the office and rejoiced, danced and chanted slogans praising party chief Arvind Kejriwal.

“The BJP has got the answer today that the people of Delhi vote for those who work, and not for the ones who defame. The BJP fielded its MPs, Ministers, CBI and ED, but the people of Delhi still voted for the AAP. The people have given a befitting reply to the BJP for the allegations that it levelled against Kejriwal. We will make Delhi the most beautiful city in the world,” Raghav Chadha said earlier.

The high-decibel battle which was fought in the election campaign ahead of the polling on December 4, witnessed the claims and counter-claims by both parties (BJP, AAP) of winning the elections, however, it all boiled down to December 7 when the outcome of the election was revealed.

The polls for 250 wards in the national capital were held on December 4 with about 50 per cent voter turnout and a total of 1,349 candidates were in the fray. However, the low voter turnout did not prove to be an indicator of pro-incumbency.

Congress, which is mostly focussing on the success of the Bharat Jodo Yatra, was not predicted (in the exit polls) to be a prominent challenger in the recently conducted polling.
However, the high-stakes civic polls are largely seen as a three-way contest between the BJP, the AAP and the Congress.

Special Media Rooms to facilitate viewing of live results on the Commission’s web portal on the LED screens at these 42 counting centres.

This was the first civic election after the fresh delimitation exercise. There were 272 wards in Delhi and three corporations – NDMC, SDMC, and EDMC in Delhi from 2012-2022 that later reunified into an MCD that had formally come into existence on May 22.