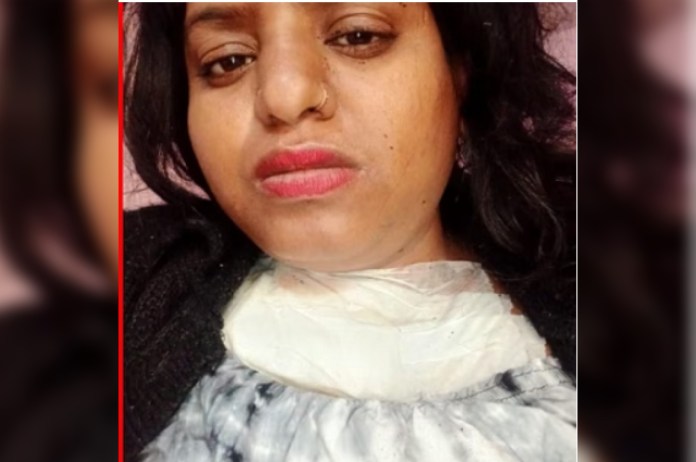 New Delhi: As many as two miscreants allegedly looted and assaulted a female cab driver on a chilling night of Monday and fled in the national capital. The woman tried to stop passerbys but no one helped.

Late night on January 9, the victim Priyanka was going to pick up a customer but she was driving slowly due to the fog. She was just a 100 meters away from the destination when two miscreants attacked her with stones.

Due to which, the glass broke and its pieces hit her body. She went out to check the mishappening but the accused came and hit the woman’s neck and body with a bottle of beer.

The two accused came with the intention of looting near ISBT in Delhi. Priyanka has suffered serious injuries during this attack. She has 10 stitches on her neck and body.

She said, “They started snatching with me, both snatched my money, one held my hand So the other snatched the mobile from my hand. After this I showed courage and snatched my mobile back from him.”

Priyanka further said, ‘When they started snatching my car, I said that the car is not mine. I started shouting loudly, as soon as I started shouting, one hit my neck with a glass bottle. I got serious injuries on my neck and chest, got 10 stitches.”

As per the media reports, the vitim tried to call on emergency service number of UBER company but they did not respond. Meanwhile, she also called the police who came after half and hour.

During this time, she kept begging for help from passerbys but they did not stop there. The woman kept lying on the road for a long time, keeping a cloth to slow the bleeding.