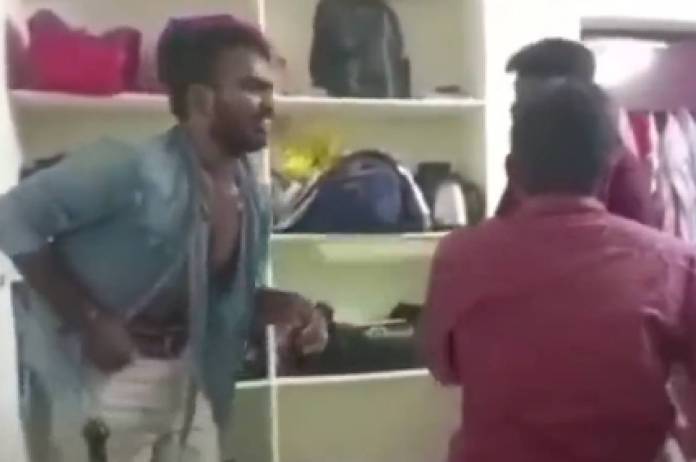 New Delhi: A total number of 4 students of an engineering college at Bhimavaram in West Godavari district of Andhra Pradesh have been arrested allegedly for brutally beating up their fellow.

A video of the incident has gone viral where a student is pleading to the four youth to let him go but the latter continue to beat him.

The accused used PVC pipes, sticks and it is suspected that the assaulters branded the victim on chest with hot iron box.

4 engineering students of #SRKR #Engineering College #Bhimavaram #WestGodavari #AP were arrested for assaulting fellow student inside hostel room with sticks, PVC pipes & branding him on chest with hot iron box even after pleading to be spared. @HiHyderabad @KTRTRS @SyedAkbarTOI pic.twitter.com/MQZvIAHwtn

Ankit, the victim, kept asking for mercy but the engineering students rather made him take off him shirt so they can hit on the bare skin.

After which, Ankit was taken to hospital where he was admitted as he suffered a number of injuries.

All the students are studying computer science at the SRKR Engineering College. However, the reason of committing the act is yet to be known.