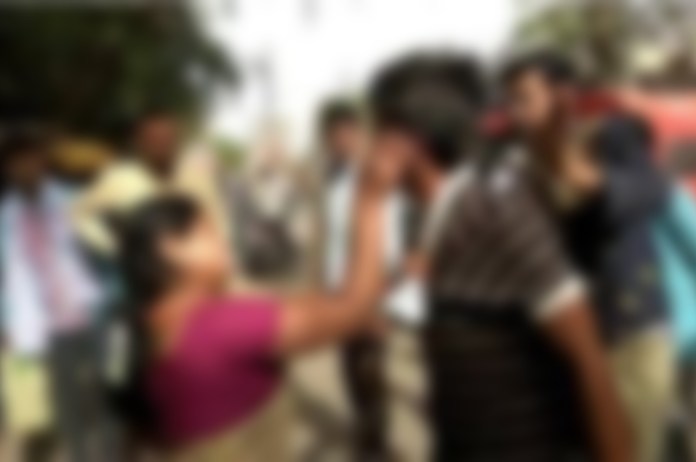 New Delhi: In Bihar’s Darbhanga, a high voltage drama took place in middle of a busy road after a wife caught her husband with his girlfriend. She beaten her husband fiercely on the road.

After beating her husband, the woman took him to the police station while pulling him by his collar where she narrated the incident. The incident took place near the Civil Court complex of Laheriyasarai police station area of Darbhanga.

A woman reached here while spying on her husband. She had come to know that her husband was having an affair with some girl. Not only this, he had also secretly married.

Husband tried to run away to save his life

As soon as the woman saw her husband, she could not control herself. She caught hold of her husband and started beating him publicly. To avoid the woman’s anger, her husband even tried to run away after saving his life, but he did not succeed.

The beating woman told that she was married about 12 years ago, has three children. After this, the husband beat her up and threw her out of the house. After this he also got married for the second time. After getting information about this, she had reached here in search of her husband.

The woman says that she has already made a written complaint in the police station, but the police is not taking any action. On the other hand, the husband has accepted that he has remarried while living with the first wife.