Likewise, Bhagwant Mann unequivocally said that this project will also put the state on the orbit of a high growth trajectory of Industrial growth. 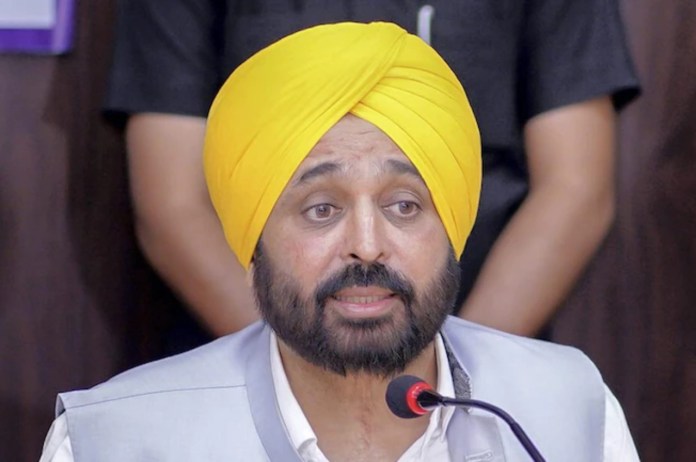 New Delhi: Fulfilling his commitment to give impetus to the industrial growth in the state, the Punjab Chief Minister Bhagwant Mann has offered 1000 acre of land in Fatehgarh Sahib district to the Government of India (GoI) for setting up Textile Park under PM Mega Integrated Textile Region and Apparel Parks (PM MITRA) scheme.

In a letter to the Union Textile Minister Piyush Goyal, the Chief Minister has expressed the desire for setting up this ambitious project on the sacred land of Fatehgarh Sahib. He envisioned that once commissioned this project will emerge Punjab as a ‘Textile Hub’ of the country. Likewise, Bhagwant Mann unequivocally said that this project will also put the state on the orbit of a high growth trajectory of Industrial growth.

The Chief Minister asserted that the ambitious scheme will help in attracting investments on one hand and opening new vistas of employment for the youth on another. He said that the Government of India (GoI) has approved the scheme for setting up of seven PM Mega Integrated Textile Region and Apparel Parks (PM MITRA) across the country in partnership with the interested State Governments. Bhagwant Mann informed the Union Minister that under this scheme the state government is ready for setting up of Textile Park at Fatehgarh Sahib.

The Chief Minister categorically said that all environmental clearances and norms as fixed by Centre and State Pollution Control Boards will be adhered to while setting up this Mega Integrated Textile Region and Apparel Park. He asserted that one of the basic requirements for the project is that the interested state government should have ready availability of contiguous and encumbrance free land parcels of 1000 acres for this project. Bhagwant Mann emphasized that Punjab Government has already identified land parcels in Fatehgarh Sahib for the above said project adding that all the necessary requirements will be fulfilled for setting up this project at the earliest.