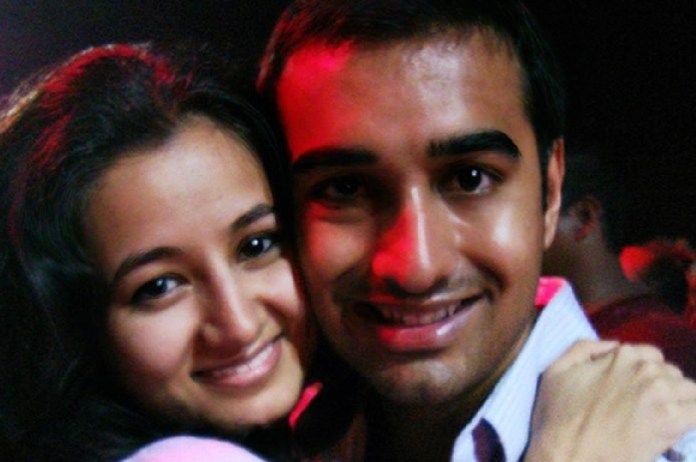 New Delhi: Whoever we bump into in life, there is definitely some reason behind it. Sometimes this meeting lasts for a few moments, and sometimes it turns into a lifetime companionship. For Nikhil and Hirwa, things turned out to be the same.

Although their first meeting took place many years ago on new year, but now on the arrival of the new year, they have told their story to the world. The story which started in Goa ended up in America as both are happily living there.

The story begins from the year 2010. Then Indian-American Nikhil was a student in medical school. Nikhil was around 20 years old when he lost his father due to cancer.

Read More :-‘THEY CALL ME GOLD-DIGGER BUT IT WAS LOVE AT FIRST SIGHT’: BRAZILIAN MODEL ON MARRYING MAN TWICE HER AGE

After performing the last rites, both the brothers went on a trip to Goa. It was the time of new year, 2011 was about to come. Along with them, an old friend of Nikhil also came on there.

Everyone went to the beachside club Tito’s to welcome 2011 but the hotel was found near some other beach. In such a situation, all three thought of going from the hotel to Titos on foot to avoid the traffic.

On reaching the club, they came to know that every man had to pay an entry fee of $100, while women were getting free entry but they did not have that much cash. Somehow he withdrew money from the ATM.

Only then Nikhil’s eyes fell on that woman, whom he later married. On December 21, 2010, Hirwa, about 20 years old, had come there with two of her friends. She was studying business school at the trip.

Only then one of them saw Nikhil and his group. Hirwa’s friends decided to talk to this group, so that they could get rid of the boys whose group they were with. Then both the groups interacted with each other. That’s when Hirwa and Nikhil met for the first time, both danced together.

Everyone stayed together for many hours. When the night was about to end, Nikhil asked for Hirwa’s number but she tried not to give her number to any unknown person due to security reasons. Both went their separate ways but their friends had shared their details with each other, due to which Nikhil got Hirwa’s number. He messaged Hirwa and wished him a happy new year.

Following which, Nikhil sent a friend request to Hirwa on Facebook. Then he put the status of the lyrics ‘Break your heart’ of the same song, on which he danced with Nikhil in the club. After this, the conversation started between the two on messages, then calls and then video calls for hours.

Nikhil came to India and met Hirwa’s family and Hirwa went to America to meet Nikhil’s family. Both of them grew up in different countries, but their roots were connected to Gujarat. After a year in 2012, both of them got married.

He went to Goa for honeymoon, where the two met for the first time. Hirwa went to America after marriage. Now both live in America and have three children. Hirwa works in a consulting company and Nikhil is a physician.