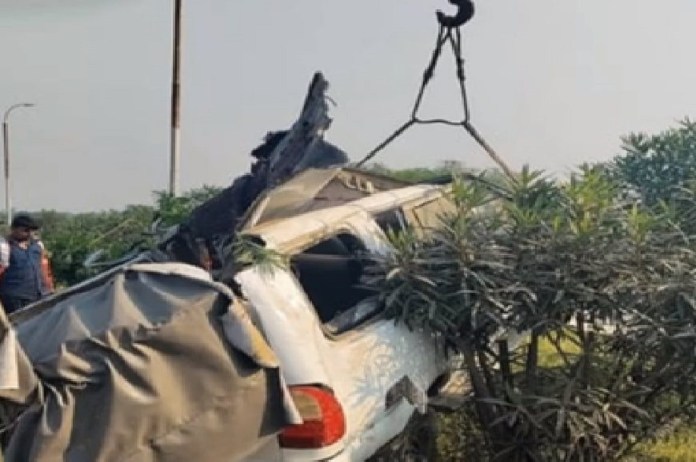 According to the police, the incident took place at around 7 am Thursday near Handia Toll Plaza on Varanasi Road in Prayagraj. The driver of the Tavera car apparently lost control and hit the electric pole.

Five people including 4 women and 2 children died in the accident, while 5 others were seriously injured, reports news agency UNI.

The police team of Handia police station reached the spot and started the relief and rescue operation. The injured have been admitted to a nearby hospital.

All the people in the car were going from village Sarai Lal Shivgarh police station Soraon district Prayagraj to visit Vindhyachal, the report said.

Uttar Pradesh chief minister Yogi Adityanath expressed grief over the loss of lives in the accident and paid condolence to the kin of the victims, according to his office.

“UP CM Yogi Adityanath has expressed deep grief over the loss of life in a road accident in Prayagraj district. While praying for peace to the soul of the departed, the Chief Minister has expressed condolences to the bereaved families,” his office said in a tweet.

“Along with this, the District Magistrate and senior police officers have been instructed to go to the spot and get the relief work done on a war footing,” it added.