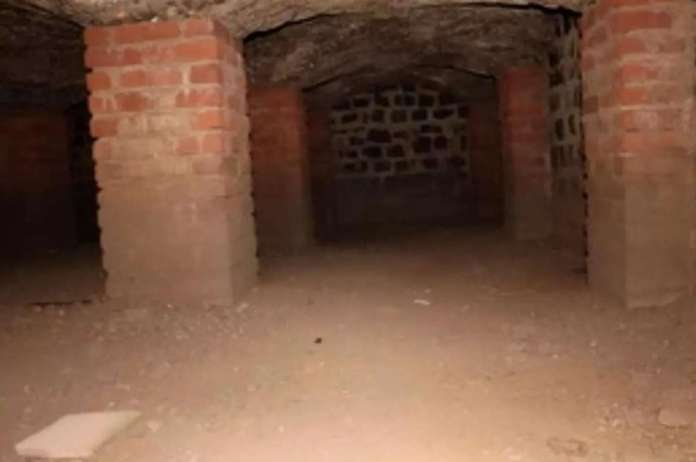 Rahul Pandey, Mumbai: In a shocking development from Mumbai, a supposedly British-era tunnel has been discovered beneath the building of JJ Hospital, Maharashtra’s and Mumbai’s largest government hospital. This tunnel is said to be 130 years old and from the British era. The hospital administration discovered this tunnel during an inspection of a doctor.

The 177-year-old state’s largest government hospital in Mumbai’s Byculla neighbourhood made headlines after a tunnel was discovered beneath one of the hospital’s buildings. Following the discovery of the tunnel, the hospital administration sprang into action, informing the District Collector and the Archaeological Department. One end of the tunnel discovered resembles a room. The path inside the tunnel has taken two to three different directions.

Dr Arun Rathod, RMO of JJ Hospital, conducted his routine inspection of the hospital. He noticed a hole in the wall of the nursing building at the hospital. They discovered the way inside after peering through the hole. The RMO then instructed the security guards to breach a small section of the wall; after breaching the wall, it was discovered that there was a tunnel beneath the building. RMO immediately notified hospital administration.

Dean of JJ Hospital Pallavi Saple stated, “When we were students at JJ Hospital, the grandparents of the old employees who worked here used to tell us about the tunnel. However, no one knew where it was. Our doctor, Arun Rathod, found out about it on Thursday. At the moment, it appears that this tunnel connects the hospital’s two buildings. However, a section of the tunnel has been walled off. It could even be bigger. It is currently 200 metres long. We have informed the local administration and the Archaeological Department of this information.”

Tunnels from the British era have been discovered in Mumbai prior to this. A British-era tunnel was discovered at the Raj Bhavan in Malabar Hill, Mumbai, in 2016. A 500-year-old bunker was also discovered here.