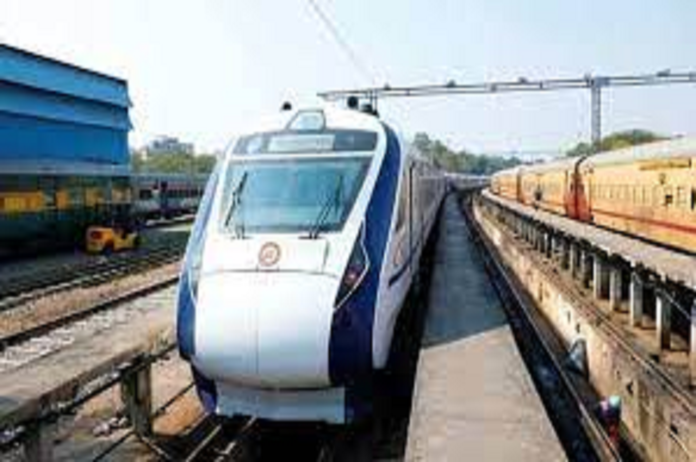 Route and cost of tickets Other Information

According to reports, the semi-high speed train can travel 620 kilometres in roughly 8 hours. According to a formal announcement, Warangal, Khammam, Vijayawada, and Rajahmundry are among the intermediate stops planned for the train.

According to a release from Kishan Reddy on Wednesday night, Prime Minister Narendra Modi would allegedly virtually flag off the famed Vande Bharat train from Secunderabad Railway Station on January 15 at 10:00 AM as a present to the Telugu people on the occasion of Sankranti.

One of India’s Fastest Trains

The Vande Bharat Express, India’s first semi-high-speed rail, was introduced in 2019. Better acceleration and deceleration are made possible by the train’s sophisticated braking system, which was designed by Chennai’s Integral Coach Factory (ICF).

Automatic doors, a GPS-based audio-visual passenger information system, onboard Wi-Fi, and comfy seats are features shared by all coaches. The chairs in the executive class rotate.

7 Vande Bharat that are running in India

Vande Bharat is an outstanding train. It can travel 0-100 km in 52 seconds, whereas other trains in the world take 54 to 60 seconds. The designs of Vande Bharat are even better than that of an aeroplane. It can provide the most comfortable travelling experience