Sitharaman encourages banks to ‘devise strategies for next 25 years’ 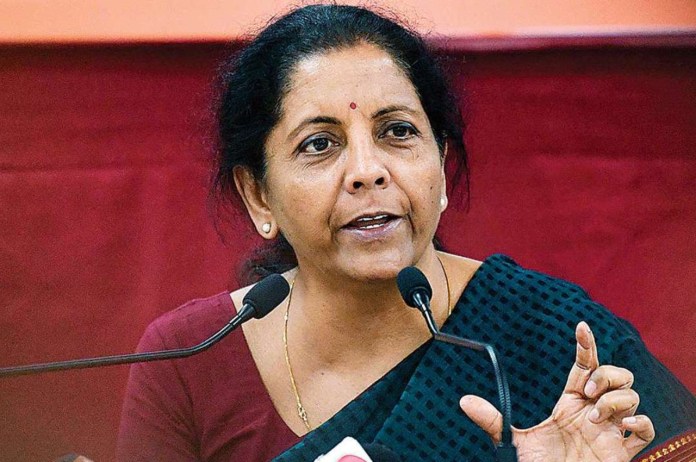 New Delhi: Finance Minister Nirmala Sitharaman encouraged banks on September 16 to devise strategies and meet the economy’s credit needs in order to achieve the ambitions of a developing India over the next 25 years.

“We have so much and more to do, banking industry needs to serve the Amrit Kaal, we have to see how best we can lift ourselves to meet aspirations of a growing India,” Sitharaman said while delivering the keynote address at the annual general meeting of the Indian Banks’ Association in Mumbai.

She was referring to the following 25 years, or the year 2047, when India will commemorate 100 years of freedom. According to the administration, now is the moment for India to realise its potential and assume the lead in all areas, both social and economic.

Banks should act as a catalyst if India is to grow quickly over the next 25 years, she continued.

The COVID-19 pandemic and the ensuing lockdowns have left Indian banks barely beginning to recover. Banks had raised enough capital on their balance sheets and established sufficient provisions on their books to deal with stress.

Credit demand has increased as the pandemic’s effects lessen and the economy grows. Data from the Reserve Bank of India show that in August, credit to industry increased by 15,5%.

According to Sitharaman, banks have been put to the test in terms of handling the COVID-19 outbreak and mergers. She noted that the necessity for bigger, more productive banks was the driving force behind the government’s decision to merge institutions.

On the other hand, she continued, the Indian economy was “today looking good” and the banks’ return to health had been acknowledged.

According to Sitharaman, banks should make finding frauds and anomalous activities, tracing dirty money, and notifying the government their top priorities right now. Banks also make sure that cyber security is maintained, she continued.

Sanjay Malhotra, the secretary of financial services, claimed that the banking sector was doing really well overall, particularly when it came to handling non-performing assets.

Future credit expansion should occur across all sectors, not only the retail industry, according to Malhotra. The secretary continued, “While banks continue to focus on retail loans, medium and small enterprises (MSME) and industrial sectors are also very important.”