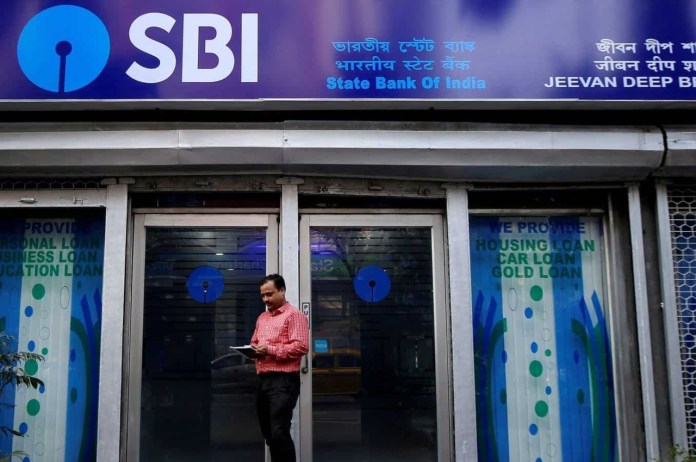 New Delhi: After its shares rose more than 22% so far this year, State Bank of India became the third lender and eighth Indian firm to cross the Rs 5-trillion market worth on Wednesday.

The stock increased 1.3 percent from its previous close to reach a record high of Rs 564.85 on the BSE. The stock gained 6% over the course of five straight sessions while remaining positive.

HDFC Bank Ltd and ICICI Bank Ltd were the first to reach this milestone. Reliance Industries, Tata Consultancy Services, Infosys, Hindustan Unilever, Life Insurance Corp of India, and HDFC are some of the other Indian businesses in the league.

The eighth most valuable Indian corporation right now is SBI. The most valuable firm in India continues to be Reliance Industries, which is followed by Tata Consultancy Services, HDFC Bank, Infosys, ICICI Bank, and Hindustan Unilever.

Banking stocks have increased recently as a result of RBI statistics suggesting strong growth in loan demand. Bank Nifty increased for a fifth session, rising by 2% during this time. Since the beginning of September, ICICI Bank has increased by 5%, HDFC Bank by 3%, and Axis Bank by 7.5%.

According to RBI figures for the week ending August 26, Indian banks’ year-over-year lending growth reached a nine-year high of 15.5 percent. At the end of August 26, the banking sector had 124.30 trillion rupees in outstanding credit, with banks having extended about 6 trillion rupees in loans between April and August.

Analysts predict that SBI will be a major winner from the systemic increase in credit demand, which is being particularly driven by the surge in corporate lending seen so far this year.

“With increasing signs of momentum continuing in corporate demand and a potential capex upturn in FY24, we believe that SBI is one of the best-placed participants in the sector. Though the share of retail loans has gone up over the last few years (36 a gradual increase in the corporate credit share incrementally,” said JM Financial in a recent note to investors.

The lender reported underwhelming earnings in the June quarter, and many brokerages either kept or cut their earnings forecast for FY23 and FY24, citing a miss on the net interest margin (NIM), the weakest growth in net interest income (NII) among the top five banks in Q1, and a likely need for capital in the medium term.

“(Margins) in our view should normalise going ahead with the bank’s liability franchise being among the best in the sector. While the bank may need to raise equity capital over the next 12-24 months (CET1), stake sale in subsidiaries (SBI Funds, SBI General Insurance) remains another option to augment capital and may delay the eventual dilution,” the JM Financial report said.

SBI has two “hold” recommendations and 48 “buy” ratings, according to Bloomberg. No analysts have a ‘sell’ rating on the stock.