Rupee falls 49 paise against dollar to 81.89 as crude oil rises 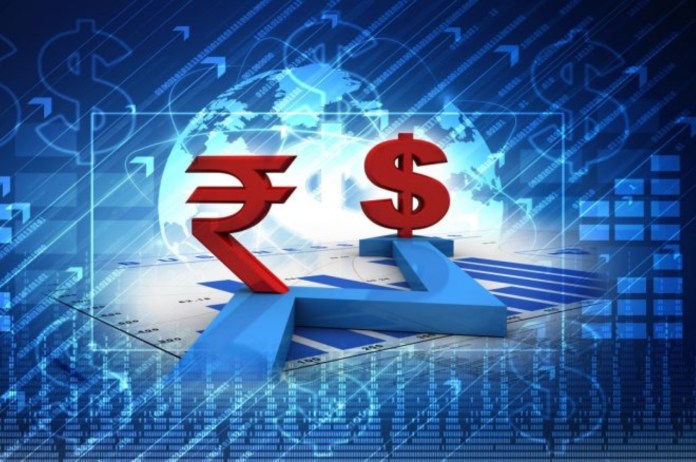 New Delhi: As a result of intense selling pressure in domestic equities and a rise in crude oil prices, the rupee declined by 49 paisas to end the day at 81.89 (provisional) against the US dollar on Monday.

Additionally, the native currency is under pressure from a higher dollar relative to important rivals and ongoing outflows of foreign funds, according to FX dealers.

The local currency at the interbank foreign exchange market started off sluggish at 81.65 and dropped further to 81.98 versus the US dollar.

At 81.89 in the end, it was down 49 cents from the previous closing. The rupee’s value versus the dollar was decided at 81.40 in the previous session.

The dollar index, which measures the strength of the dollar against a basket of six different currencies, increased 0.30 percent to 112.45.

According to exchange data, foreign institutional investors sold shares worth Rs 1,565.31 crore on Friday, making them net sellers in the capital market.

Following two months of capital infusion, foreign investors once more turned sellers in September, withdrawing Rs 7,600 crore from the Indian equity markets in response to the US Fed’s hawkish posture and the rapid depreciation of the rupee.