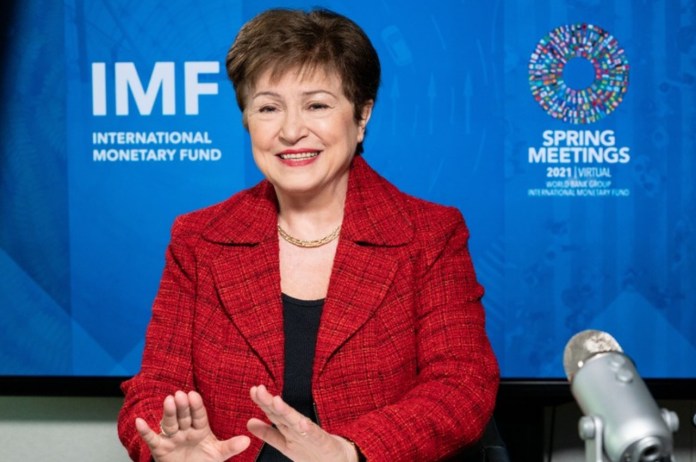 New Delhi: In addition to the terrible harm being caused by the crisis in Ukraine, the rise in trade barriers against China and other nations over the past year may have cost the world economy $1.4 trillion, the head of the International Monetary Fund said.

“What I am hoping to see is some reversals in policy blocks towards China and globally,” Kristalina Georgieva told Bloomberg Television’s Stephen Engle in an interview in Bangkok on Saturday. “The world is going to lose 1.5% of gross domestic product just because of division that may split us into two trading blocs. This is $1.4 trillion.”

Due to the region’s greater integration into the global value chain, Georgieva stated this week on the sidelines of the Asia-Pacific Economic Cooperation’s economic leaders meeting that the potential loss for Asia might be twice as terrible, or more than 3% of GDP.

Even if that would cause a great deal of harm to the world economy, the war in Ukraine continues to be the greatest obstacle to progress, according to Georgieva. “The single most damaging factor for the world economy is the war,” she said. “The sooner the war ends, the better.”

The IMF has also issued a warning that developing nations are being affected by inflation the hardest and has urged central bankers to continue their efforts to stifle price growth and provide some relief, particularly in the cost of food. Since the beginning of the year, the dollar has appreciated by double digits, which is continuing to stress emerging countries as investors flee to safe havens in response to warnings that a significant portion of the global economy may be heading into recession.

In order to maintain prosperity, Georgieva argued that Asian nations must cooperate in order to overcome fragmentation, particularly in light of the several other economic shocks caused by COVID-19, the conflict in Ukraine, and the rising cost of living.

“If we add on top of it the fragmentation in the world’s economy, it will be throwing gasoline on a fire,” she said. “Nobody will benefit from it.”

Nevertheless, she asserted that because of their substantial reserves and regional collaboration, Asian countries are considerably better positioned to handle economic shocks.

Georgieva stated that the IMF is “not yet frightened but vigilant” regarding the rising risk of sovereign debt in developing nations. While 60% of low-income nations are in or near financial distress, about 25% of developing markets trade in this area. She urged governments feeling the strain of the rising cost of servicing dollar-denominated debt as well as the general state of the world economy to take proactive measures and seek aid from the fund as soon as possible.

In the midst of declining foreign exchange reserves, Bangladesh was the most recent economy to negotiate a staff-level agreement with the IMF. This month, Bangladesh secured a $4.5 billion loan that will be subject to management and board approval in the coming weeks.

Earlier this week, the IMF’s research division took a more pessimistic stance than it did last month, writing in a blog post that the challenges are “immense.” The fund downgraded its prediction for global growth in 2019 last month from 3.8% to 2.7%, a significant decrease. It estimates that there is a 25% chance that growth will be less than 2%.

According to IMF projections, the global economy will fall by approximately one-third this year and the following year for at least two consecutive quarters, with a $4 trillion loss in GDP from 2016 to 2026.