GMR Group said on Friday that it has signed a legally binding agreement to sell its full ownership in Mactan Cebu International Airport in the Philippines to Aboitiz Group. 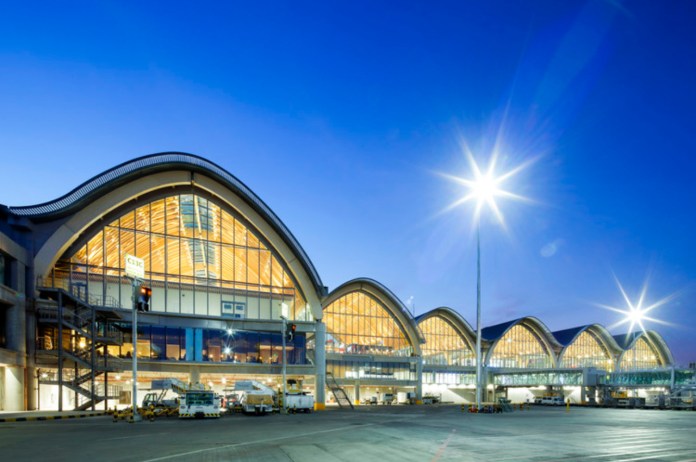 New Delhi: GMR Group said on Friday that it has signed a legally binding agreement to sell its full ownership in Mactan Cebu International Airport in the Philippines to Aboitiz Group. GMR-Megawide Cebu Airport Corporation (GMCAC) built the airport and has been running it since 2014.

GMR Airports International BV (GAIBV), a step-down company of GMR Infrastructure and a direct subsidiary of GMR Airports, and Megawide Construction Corporation have formed the joint venture GMCAC (MCC). A 40% stake in the JV is held by GAIBV, and the remaining 60% is held by MCC. Both businesses have decided to sell their current GMCAC holdings to the infrastructure division of the Aboitiz Group, Aboitiz InfraCapital Inc. (AIC).

Also Read :- Collaborating and Improvising to Conquer the Field of Digital Services

The entire transaction will be undertaken at an enterprise value of 49.7 billion Philippine Peso (PHP) or Rs 7,050 crore, GMR Infrastructure said in a regulatory filing. “… GAIBV will receive an upfront amount of PHP 9.4 billion (Rs 1,330 crore) in lieu of the shares being transferred and notes being issued. We would continue to operate as the technical services provider to GMCAC until December 2026, would also be entitled to additional deferred consideration based on the subsequent performance of GMCAC for the same period,” the filing said.

According to the agreement, GMCAC would issue main shares and transfer secondary shares worth PHP 9.5 billion from GAIBV and MCC to AIC. As a result, AIC will hold close to 33.3% of GMCAC.

Additionally, for a combined total of PHP 15.5 billion, GAIBV and MCC will each issue exchangeable notes worth PHP 7.75 billion. “The notes will mature on October 30, 2024, and will be exchanged by AIC for the remaining 66 and 2/3% plus 1 share of GMCAC’s outstanding capital stock,” the filing said.

Srinivas Bommidala, business chairman – international airports, GMR Group, said: “We are happy to welcome and partner with AIC at Mactan Cebu International Airport. In the last eight years, we have completed the expansion plan and have been one of the fastest growing airports in the region which led to steady returns.”

“With AIC’s deep expertise in the region, we are confident that Cebu Airport will reach new heights. The decision to divest our stake in GMCAC is also in line with GMR Airport’s strategy to focus on deleveraging and redeploying capital in high-growth opportunities. Further, we have strengthened our position in the Asia Pacific region by partnering with Angkasa Pura II in developing and operating the Kualanamu International Airport at Medan, Indonesia,” he added.

The GMR Group, among others, runs airports in Delhi, Hyderabad, and Bidar (Karnataka). In Greece and India, it is currently working on three sizable greenfield airport projects.